The final, played on Wits’ home turf, saw the Bucks beat VUT 68-58 breaking the visitors’ seven-title winning streak. The Wits team dominated the competition by winning every one of their six games in the tournament which kicked off on July 4. They played local rivals UJ (University of Johannesburg) in the semi-finals, winning the match by 20 points. 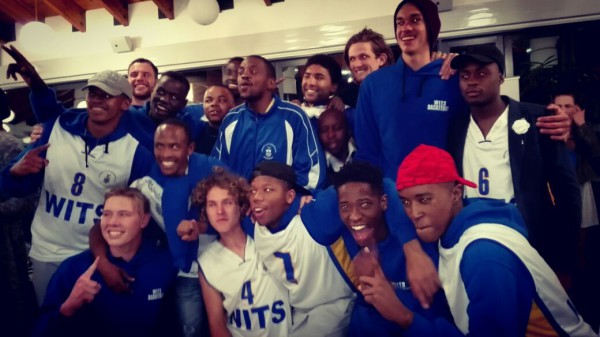 The USSA sports tournament, considered to be the official unified national umbrella sports structure for student sports activities in the tertiary education sector of South Africa, is held annually. According to Mhlongo, the team’s previous highest finish in the tournament was in second place.

Head coach Tshiamo Ngakane said the team won the Friday Night Lights Tournament in 2014 but winning the USSA for the first time is special because it is the national championship. Ngakane believes the team’s participation in the Inner City Super League (ICSL) in February prepared them for the USSA win. Ngakane said the ICSL “did wonders” for the team because they played against the best players in the country, which really worked to their advantage.

For Ngakane, basketball is more than just winning.  “In the end my guys are here to achieve greater in life than winning a basketball tournament.  Wits basketball needs to contribute to that greater good. We do that by teaching players how to wake up with the intention of being their greatest self every day,” said Ngakane.