Just before the last day of the Wits Lady Bucks Basketball Tournament ended the hosts were eliminated from the tournament. 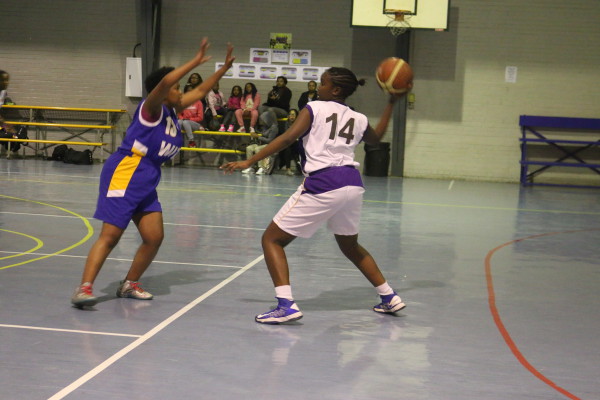 This follows after Wits Lady Bucks (1st Team), played four games and won two games. The Lady Bucks managed to defeat the Soweto Raptors by 54 to 32 and the Lady Jazz Team by 62 to 19.

The chairperson of the club and captain of Lady Bucks, Modiegi Mokoka, said that the team could have done better however “it’s difficult to run a tournament with 20 teams and win the tournament.”

“One of the major challenges in the team is fatigue and concentration, which is something we need to work on,” said Mokoka.

Mokoka said that it is good to see ladies participating in the tournament “especially during Women’s Month.”

On the other hand Wits Buck Ladies (2nd Team) played five games and lost two games. Buck Ladies started strongly by winning their first two matches against Glen High School by 27 to 20 and thrashed Deutsche Internationale Schule by 45 to 22.

Masters student and Buck Ladies captain Gugu Baloyi said that the team started playing strong in the first two matches. “We started losing focus and confidence soon after we lost in the third game,” said Baloyi.

Rhodes Captain Katlego Mphahlele said that what was challenging to the team is when they start to feel intimidated and lose focus.

“I think the team played well, we just need to work on few things and I believe we will do better next time,” Mphahlele said.

The tournament will end tomorrow at Hall 29, West Campus.