THE WITS Education Student Council (ESC) 2016 has recently come under fire after several students expressed their dissatisfaction with the group.

Phindi Shilubane, a third-year Education student, told Wits Vuvuzela that there has been a disconnect between the council, which started its term in April, and the students. This follows after the ESC closed a Facebook group page used as a mode of communication for education students.

“That’s where we get access to information, despite the emails that we get,” said Shilubane. “When they initially closed the group, we were never told anything.” 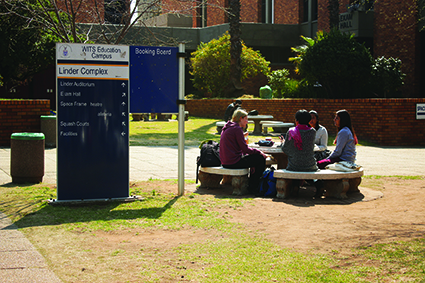 However, Jamie-Lee Mnisi, the chairperson of the ESC, said that they made a collective decision to close the group because, “the group had lost its purpose” and had decided to start a more “official” Facebook page to replace it.

Mnisi said that she is aware that no statement was released, although one was supposed to be published, detailing the ESC’s reasons for closing the group.

“It shouldn’t have affected students without them knowing,” said Mnisi. She said that a statement serving as an apology should be emailed to students shortly.

Mnisi said that she feels that some of the students’ hostility may be due to the fact that many of the members of the ESC are only in second year. However, they are willing to take advice from the older students.

“Teach us, we have a really open policy,” said Mnisi.

Good of the school:

Prof Karin Brodie, the head of the Education School, said that although the ESC has achieved a lot in the short time that it has been in office, she is aware that there are differences of opinion between the ESC and some students.

Brodie said she is happy to mediate and hopes that they are able to resolve their differences. “We need to find ways to work together for the good of the school,” said Brodie.

Not all students share the view of Shilubane and other students who have complained about the ESC.

“They’ve done a lot, in terms of the Funza Lushaka [a bursary scheme for education students], they’ve helped a lot of people get funding,” said Nomsa Mnisi (no relation to Jamie-Lee), a first-year Education student.

“They’re new to this, and I’m giving them props on what they’ve done so far.”