Wits Journalism alumnus and former Voice of Wits (VOW) FM presenter Shandukani Mulaudzi, tells Wits Vuvuzela of her dream of changing the world and telling stories via multimedia. Mulaudzi is currently a journalist at City Press.

What do you love about your job?

It’s different every day. I could go from talking to the top politicians of the country to speaking to a man on the street waiting and hoping that someone will give him a job. This is literally how my week was last week. 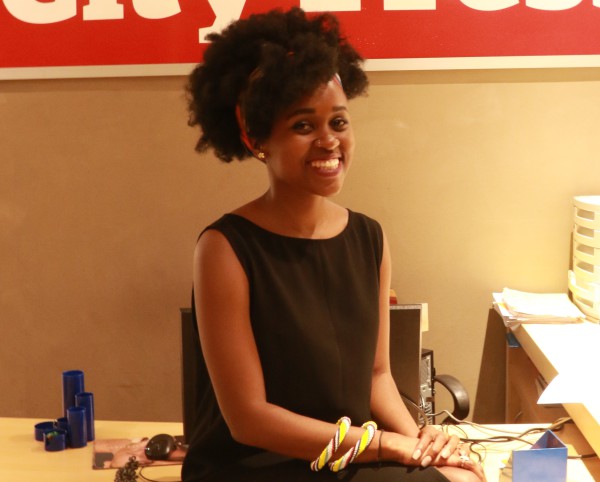 What is the most shocking story you have had to cover?

I don’t think I’ve covered anything shocking and if I did I doubt that would stick in my mind. The stories that remain etched in my memory are about people who are working to make a difference in their communities. I wrote about a school in Mpumalanga in 2014 that went from a 30% matric pass rate in one year to 100% in the following year after an NGO helped them take pride in their learning and in their environment. I also loved a story I did during my masters about a woman given clemency (US Presidential ‘pardon’) which led to her life sentence in prison being shortened and her leaving prison after 21 years. It’s an incredible story about the failure of the American justice system and Obama’s small attempt to make a dent in changing that.

Have you ever been in any dangerous situation covering a story?

Not that I can think of, no.

What can you change about your job?

Digital in SA is not taken seriously enough. There are no resources being put into it. Then people get shocked when production is shoddy.

How do you resolve the ethical dilemma of being a spectator covering a story when you could have helped in a situation?

I’m yet to find myself in a position where this was tested. My belief is that journalists are human, too, and if you are in this position only one question should cross your mind: “What will I be able to live with?” Act based on that and you’ll be just fine. Don’t try be a hard-ass when you’re not. It really isn’t worth your sanity.

Have you ever covered a story you felt strongly about and what did you do?

I generally don’t do anything I don’t like. I’m a rebel in that way. The worst thing I’ve had to do is cover celebrity events and I hated it because that world just annoys me. There are too many people who are arrogant and believe you need to work on their clock and end up treating you like the help. I just had to hold my tongue and be professional. You have no choice but to do that. If something really is completely against your personal beliefs though, just speak up. There will always be someone else who can take on what you can’t. Also, the best way to ensure you’re not likely to have to cover a shitty story is to pitch your own stuff. This way you’re doing things you’re passionate about.

Would you still choose this career knowing what you know now?

What is it like competing with other journalists for a story?

You can be at a press conference with 10 journalists and have 10 different stories. We are so different in our thinking and approach that I actually don’t think competition is real. Just always try and look beyond what everyone else is focused on. Sometimes, in fact often, the story is not in the big huddle – look behind it or next to it. Tell your own story and you won’t worry about competition.

What is the strength of young journalists?

We know digital and we care about it too. We just need to be ‘pushier’ about seeing it transform.