Speech pathology and audiology students have started a sanitary towel drive as part of their community project.

A group of third-year speech pathology and audiology therapy students have started a drive to collect sanitary towels for young girls as part of their rural community project based in Tambo Village, Limpopo.

The students, Raeesah Kajee, Nabeela Amod, Haeji Chung, Joanne Rosenthal and Kerchia Naidoo decided to take on the project after conducting a needs analysis within the community, which identified a big need for sanitary towels.

“There is a lack of sanitary towels as many cannot afford them,” said 22-year-old Kajee. “Therefore they often miss school every month or use newspapers, socks and so forth to serve the purpose of sanitary towels.”

Kajee and the group will take the donations that have been collected so far to Tambo on September 1, where they will be completing another practical. The donations collected thereafter will be taken to the community at a later stage, as they wish to make this project ongoing.

The group has collected over R6 300 in just over a week, after receiving donations from several individuals and companies such as Oticon, who specialise in producing hearing aids, and Malas Tyres in Pretoria. 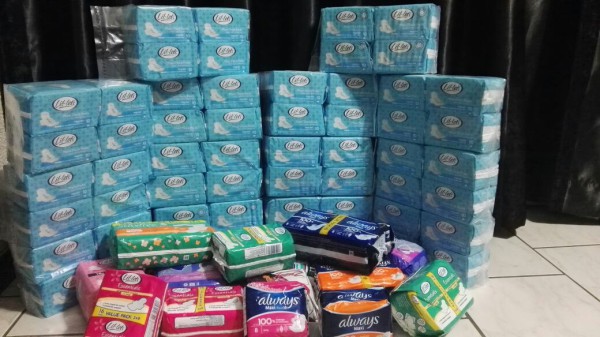 Kajee said during next week’s trip, the group would distribute moon cups (reusable menstrual cups) to adult community workers, and depending on the feedback they receive, everyone could receive moon cups instead of sanitary pads next year.

Dr Karin Joubert, a clinical supervisor who manages the Ndlovu WITS Audiology  clinic in Dennilton close to Tambo Village, says that even after the students are done, there will still be a presence within the community.

“We are proud of the students who took initiative to start this project,” said Joubert. “It wasn’t the staff’s initiative, but the students, who are trying to make a difference.”

For people interested in donating, drop off points will be arranged and the public will be notified of these locations the first week of September, but for now, people can drop off donations at the Speech Pathology and Audiology at Wits on the east campus.

“Every donation counts and has the potential to make a difference,” said Kajee. “We hope the initiative will grow to the extent that all the girls from the different communities may receive sanitary towels.”