Bidvest Wits player Neo Makua (23) has signed a contract with Ajax Cape Town. This follows his featuring in the team’s pre-season camp in George, Western Cape.
Undergoing a trial under the watchful eye of the head coach, Roger De Sa, paved the way for Makua to sign his first professional Premier Soccer League contract.
The BSc honours student started playing soccer in the streets of Pimville, Soweto, when he was 11, and is affectionately known as Disco. 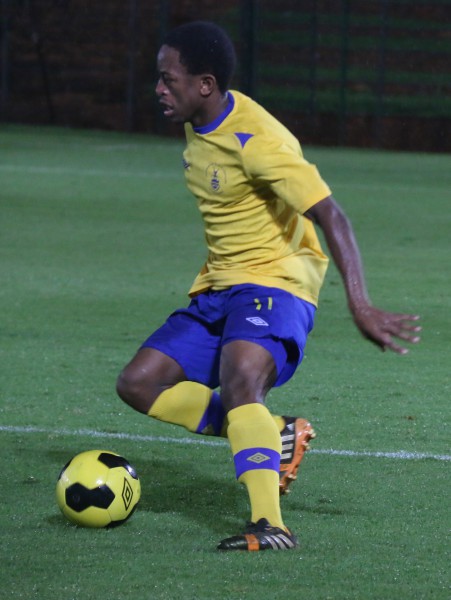 “It’s my late grandfather’s name who used to be a professional football player,” said Makua.
Disco said that he was excited to be part of Ajax Cape Town. “It has been a good experience so far. The coach and the team have welcomed me in their team with open arms,” he said.
He has already moved down to Cape Town and will try and complete his studies from there. He said football was challenging because “for you to stay in the system you need to play very hard so that the team can retain you”
Disco’s favourite moments of his footballing career include the time he represented South Africa at the Brazilian Cup Tournament when he was 13, and playing for Wits in the University Sports South Africa.
“My mother always says that everything is possible as long as you don’t give up on your dreams and goals,” says the midfield player, who is inspired by his mother.
Disco’s mother, Charity Makua, explained how tough it was when he was growing up. “He used to go to school without money but today I thank God for fulfilling his dream,” she said, crying.
Ms Makua described Disco as humble and respectful. “I hope fame won’t change him,” she said.