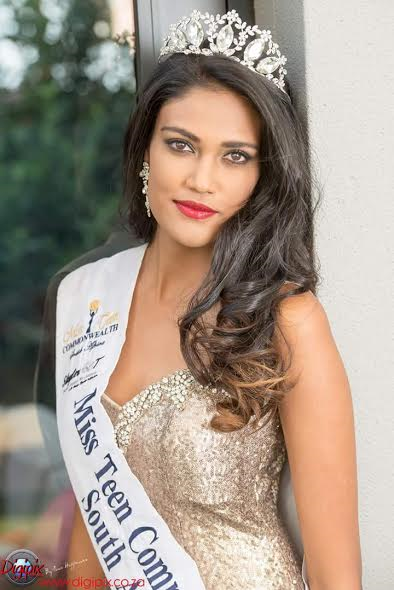 The 19-year-old Wits student’s reign is coming to an end but she wants to encourage others to enter the competition and use the platform for “positive change”.

Wadee told Wits Vuvuzela that “being an ambassador and being an activist goes hand in hand” and is inspired by Nelson Mandela to “never become complacent when it comes to injustice.”

As Miss Teen Commonwealth Wadee attended the Youth Managers Leadership seminar last year, an event that brings together pupils, students, professionals and government officials to discuss and combat domestic and global issues. The seminar occurred at the same time as Fees Must Fall. She brought Fees Must Fall to panel discussion to address the protests and create awareness for the movement and speaking directly with government officials about it.

“Education should not be a luxury enjoyed by the elite,” Wadee said.

Being Miss Teen Commonwealth has given Wadee the “platform to achieve my aspirations of becoming a philanthropist, a public figure and a role model for young girls and most importantly to assist in making changes in communities in need.”

According to Wadee, the competition provides “young people with a massive platform to develop themselves as individuals, grow their networks, take on a leadership position, learn and develop new and valuable skills, and most importantly giving back to communities and inspiring others to step beyond social norms.” Contestants are “scored and judged based on various interviews as well as the amount of charity work and community involvement done,” says Wadee.

Wadee is “passionate about positive change” and has a long term goal of working for the United Nations. She fulfils her role as a charitable ambassador by working with the South African Institute of International Affairs, the National Association of Democratic Lawyers, the Youth Managers Foundation of South Africa, the Pink Drive and a number of other charity organisations. Wadee has also recently won the Women of Wonder and Nelson Mandela Community Leadership award.

Wadee will be representing South Africa in London in November, where she will be competing for the title of Miss Teen Commonwealth International. South Africa has won at the international pageant before in the Miss and Mrs Commonwealth categories. Wadee hopes to be the first to win in the Teen category.