Infographic on what to expect from the police during protest and how to stay safe.  END_OF_DOCUMENT_TOKEN_TO_BE_REPLACED

The University of Johannesburg (UJ) remains open amid protests by students under the Fees Must Fall banner.  END_OF_DOCUMENT_TOKEN_TO_BE_REPLACED

THE ORIGINS centre will be hosting Sterkfontein’s 80th birthday celebration on Heritage Day, September 24. The centre will also have its second DNA Ancestry Testing Experience this weekend.

The 80th birthday event will celebrate the discoveries made at Sterkfontein, as they have “inspired a rich legacy of scientific and cultural enquiry and enlightenment.”

Sterkfontein is a South African national heritage site and World Heritage site. Fossils discoveries will be on exhibition, including the first ever adult Australopithecus found and the original fossils of Mrs Ples, which is one of the most perfect pre-human fossils to have been discovered. Wits professors will be in attendance to give talks and tours and the centre is also planning to open their new wing on the day. Tickets are R20.

The two hour DNA Ancestry Tour includes a museum visit and presentations by Dr Ian Mckay on evolution and genetic ancestry testing by Ms Rajeshree Mahabeer of the National Health Laboratory Service. A museum tour of the origins of man is included in the R250 entrance fee. People will also be able to test their DNA to track their lineage by providing a cheek swab sample.

The test will cost females R800 and males R1200. The test results come in the form of a report after 12 weeks, once the DNA sample is compared to two international databases of mtDNA sequences, indicating the most likely region where your mtDNA profile originated. The limitations of this test is that it can only go as far back as great great-grandparents. This Ancestry Experience is taking place on September 17 and November 12. 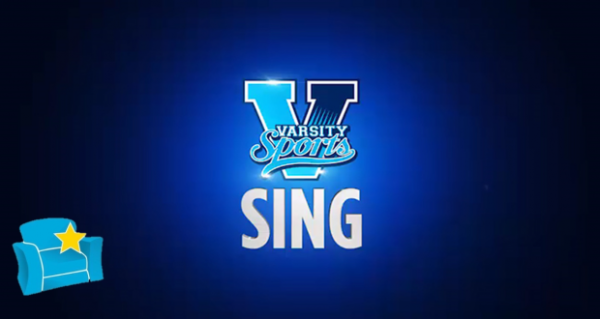 END_OF_DOCUMENT_TOKEN_TO_BE_REPLACED

Do people go to voting stations to deliberately spoil their ballot? Some voters do exactly that, while other ballots are spoilt by mistake.

Ballots are spoilt when the Independent Electoral Commission (IEC) counters are unable to identify the intention of the voter effectively. This can be due to the ballot being filled in incorrectly, words being written on it, several boxes being ticked or the ballot left unmarked.

The average number of spoilt votes in South Africa fluctuates, but the figure remains close to the global average of 1.6%.

President Jacob Zuma said he was looking forward to there being fewer spoilt votes this election. Spoilt votes are closely watched as they can provide an indication of political awareness and passive resistance, without being apathetic.

While some seem to endorse the idea as making an active statement, others believe that it is a futile betrayal and wasted opportunity.

A newly developed app aimed at improving the e-learning experience for students is hoping to attract support from major South African schools and universities.

Universe, developed by a group of young South Africans, allows students to access their coursework on mobile devices using either Android or iOS. END_OF_DOCUMENT_TOKEN_TO_BE_REPLACED

With municipal elections taking place next week, the top three contenders are vying for the youth vote. Earlier this year, the Independent Electoral Commission (IEC) has expressed concern about apathy among young voters who make up 66% of the population according to Stats SA. END_OF_DOCUMENT_TOKEN_TO_BE_REPLACED

The romanticisation of poverty in fashion

Aspasia Karras, editor of the Sunday Times Fashion Weekly, has recently come under fire for suggesting that refugees should be wearing denim, sparking a debate on the romanticisation of poverty in the fashion industry. END_OF_DOCUMENT_TOKEN_TO_BE_REPLACED

END_OF_DOCUMENT_TOKEN_TO_BE_REPLACED

The Village makes its way to the 969 Festival

A production by Wits drama students, The Village, will be on at the 969 Festival next week.  The 969 Festival runs from 13-24 July at the Wits Theatre, giving Johannesburg audiences the opportunity to see shows straight from the stages of the National Arts Festival.