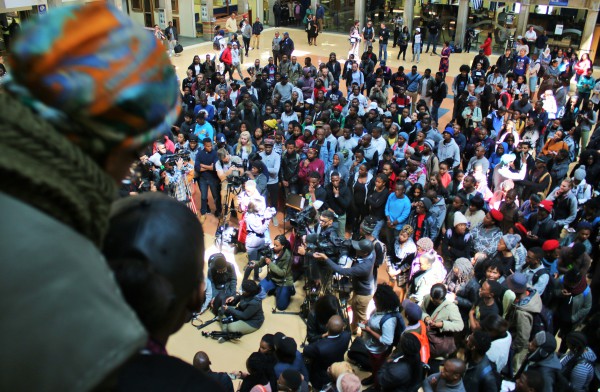 Student leaders at Wits have called for a campus shutdown following the announcement by Higher Education Minister, Dr Blade Nzimande yesterday that there will be a tuition fee increase in 2017.

Nzimande’s announcement that each institution will be left to determine the percentage of their own fee increase capped at 8% was rejected by students calling for a moratorium on increases and in some cases, zero fees.

Nzimande added that “government is committed to finding the resources to support children of all poor, working and middle class families – those with a household income of up to R600 000 per annum – with subsidy funding to cover the gap between the 2015 fee and the adjusted 2017 fee at their institution. This will be done for fee increments up to 8%.”

The University of Pretoria released a statement expressing that it,  “will study the document and detail to determine the full implications of the decision”, while Wits indicated that it will address the matter at a Council meeting at the end of the month. Wits also issued a statement cautioning against violent protests.

“We ask everyone to denounce violence, arson and the destruction of property that we have witnessed on campuses across the country in recent weeks. We respect the rights of those who may wish to protest around these issues, provided that it does not infringe on the rights of those who wish to learn and work. All protests should be undertaken in line with the University’s rules and the rights and responsibilities of all, as outlined in our Constitution,” read the statement.

The police have been deployed onto most campuses such as Wits and UCT to ensure the “safety of students’”.

“Security has been strengthened and the police is on standby this week. We remind all colleagues and students that an interdict remains in place to protect staff, students and University property,” read yet another statement from Wits University earlier in the day.

Last week students at Wits University held a solidarity march for the University of Kwa-Zulu Natal following a couple of student protests that have taken place over the past couple of weeks at all UKZN campuses.

The University of the Free State (UFS) SRC has ordered for a week long shutdown with, “an immediate shutdown of the campus and the main gate to the institution has been blocked” says, local Free State radio station, OFm. The management says all tests scheduled for the day should be suspended.

On the other hand other universities such as Rhodes University and Stellenbosch University has been reported by EWN as peaceful following today’s fee increase announcement.

Later in the afternoon there have been a number of mass meetings held at Wits, UCT and NMMU (Nelson Mandela Metropolitan University) to get a mandate from students of a way forward.

A map detailing the various #FeesMustFall protests that have recently taken place around South Africa.