FNB Wits came away with their third victory in the Varsity Cup tournament at home on Monday night. The Boytjies walked away with a 30-20 win against the visitors from the Eastern Cape, FNB Madibaz (from Nelson Mandela Metropolitan University – NMMU).

Wits started strong as flanker Constant Beckerling opened the scoring at the Wits rugby stadium with a try in the first ten minutes of the game. It didn’t take long for the visitors to reply as flyhalf, Thomas Kean, slotted a penalty kick from more than 50 metres out.

The first strategy break (after the first twenty minutes of play), paid off for the Madibaz as they took the lead through a seven point try from Jixie Malapo immediately after the interval. Rhyno Herbst then 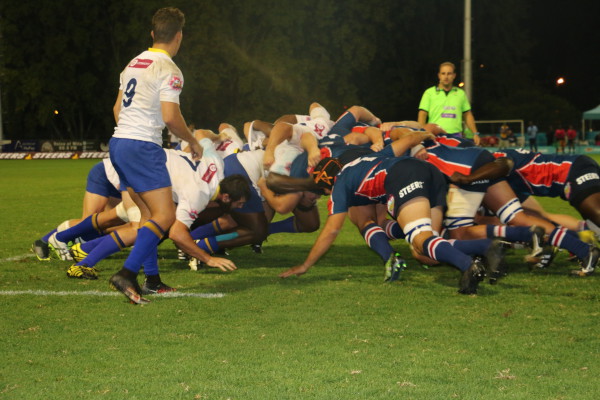 crossed the white wash for the hosts to level the match at 10 points.

It looked as though the away side would take a seven-point lead into the second half after Henry Brown dotted down. However,  Wits number eight, Jethro de Lange ensured the teams would go into the break locked at 17 all, scoring with the last action of the first half.

The second half was dominated by the hosts as they managed to score 13 points as opposed to the three managed by the opposition.

CJ Greef, the man of the match, scored the only try of the second half while Wits captain, Warren Gilbert, back from injury, slotted two penalties to guide the home team to a 10-point victory.

Wits are set take on UJ in the next round in what will be a highly-anticipated derby, while NMMU travel to Shimlas (Free State University).