Wits plays its role during anti-racism week by hosted a number of initiatives on its campuses. In commemoration of national anti-racism week, the Wits Transformation and Equity Office hosted a public engagement on its main university campuses yesterday.

The theme for this year’s campaign is #TakeOnRacism and encouraged South Africans to tackle the problem of racism. The campaign encouraged members of the university community to write their messages and pledge their support to the fight against racism on placards.

Manager of the Diversity, Ethics and Social Justice department, Dr Kendall Peterson, says that the initiative is important in raising awareness about racism and can go a long way to identifying and fighting racism.  The participants were also asked to write their messages in their mother tongue which Peterson said was to show the diversity of the university community and to show that the message is the same regardless of the language it is communicated in. 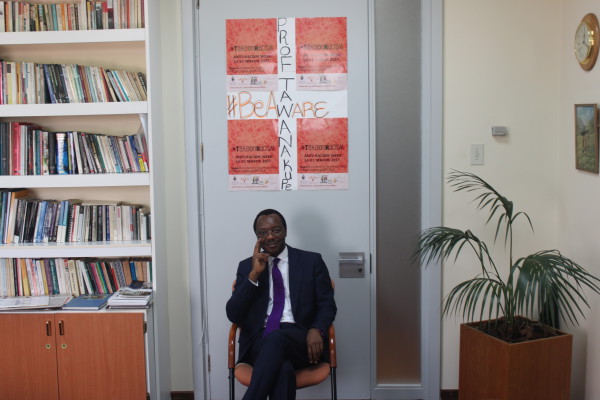 Wits Deputy Vice-Chancellor, Professor Tawana Kupe, has chosen the theme “be aware” as the theme to focus on for the week. “Many people don’t blatantly use racist terminology, like saying the ‘k-word’, but by using phrases such as ‘them’ and ‘those people’, there is still a sense of othering”, Kupe said.

The campaign comes at a time when acts of xenophobia and violence have been occurring across the country and Peterson says that raising awareness about these issues is also a crucial part of the initiative.

The anti-racism week will run until March 21, Human Rights Day in South Africa and the International day for the Elimination of Racial Discrimination.