No, you still can’t smoke dagga in res

Off campus student accommodation providers insist,“It is important to note that dagga hasn’t been legalised yet.”

Residents of off campus student accommodation have latched onto the recent Western Cape High Court ruling that it is an infringement to ban dagga usage in the privacy of one’s home, and say they should be left alone to puff in peace.

This interpretation of the ruling is contested by the properties concerned, many of whom have already introduced stringent measures to deal with substance abuse by students living in their properties.

The frequency of random bag searches has increased considerably in the last two weeks, with the properties saying they are enforcing policies that were already there. 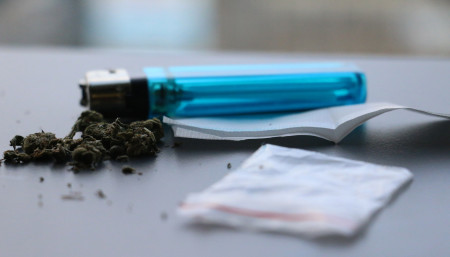 READY TO GET HIGH: Dagga has not been legalised by the Western Cape High Court ruling. Photo: Karen Mwendera

A tenant, Thabiso Mthethwa, who is a second year BA Law student at Wits said the bag searching process was discriminatory as the front desk officers were targeting the male residents more than the female tenants.

Another accommodation provider, Dunwell Properties, on Jorissen Street, has seen its foyer being revamped as a way of improving security. An electrically automated gate has been installed to regulate both individual access and illegal substances from getting into the building.

J-One, which is on Biccard Street, has had outstanding security features as its main attraction since its establishment in 2015. As a result, “they have not experienced any incidents associated to substance abuse”, according to the property’s head of Operations, Abdool Nooridhai.

Some students say dagga should be exempted from such efforts by these off campus accommodation in light of the high court ruling. Sbusiso Nkosi, a third year BA General student at Wits, and a tenant at Van Der Stel Place, a South Point building, said, “We sign leases with these accommodation providers. Therefore, we consider these places our homes, since the ruling legalises the use of dagga in private homes. It should apply that students are allowed to smoke in these premises as well.”

However, Mahlangu, the building manager of Clifton Heights, has refuted this interpretation, saying, “The ruling only applies to the tenants’ parents – individuals who own their own properties, not students living in our residences.”

This interpretation of the ruling seems to have a legal basis. Mathapelo Khokhone, a lawyer with the TM Chauke law firm, cautioned the students, saying that the landmark ruling only declared inconsistences with the Constitution of the Republic of South Africa to the extent that there is prohibition of the use of cannabis by an adult in a private dwelling.

Student accommodation does not count as a private dwelling and there are binding leases that students sign with these accommodation providers that make it illegal to use dagga on their premises.
“It is important to note that dagga hasn’t been legalised yet,” said Khokhone.