Wits CNS bracing the university community for the possibility of a cyber attack. WITS COMPUTER & Network Services (CNS) sent out an urgent notice earlier this week warning students of an imminent cyber threat, especially in public computer spaces on campus.

CNS has since sent out more communication notifying students of the malicious type of software know as Ransomware that is designed to block access to computer systems and data until a ransom is paid.

This virus has made headlines in European countries with Russia being the most affected according to SkyNews. However, with a reported 57 000 infections in 99 countries across the globe, CNS is bracing the Wits community for the possibility of the virus researching our shores. 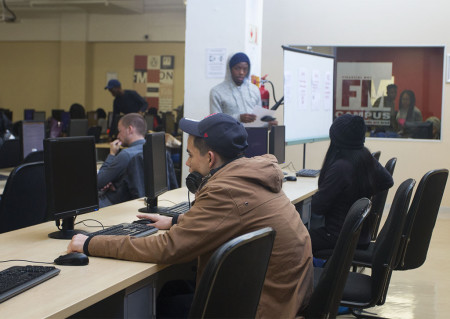 A STUDENT’S BEST FRIEND: Access to computers and the internet have become a student’s basic need

With 29 CNS labs and a total of just over 1000 student computers spread across Wits University’s various campuses and residences, CNS is doing everything they can to alleviate any threat to such a vital part of students’ education experience.

In a serious case “a virus can cause your computer and server to crash resulting in data loss,” the administrator said.

According to the administrator, in a space such as Wits University with numerous computers in use – either at CNS  labs as well as personal laptops – the virus has the ability to access various students’ emails and spread itself infecting a number of computers all at once.

Honours student Simlindile Mbongwa, 21, expressed concern over the matter said, “I saw that email which was sent by CNS. However, I’m not technologically savvy to understand how this virus affects computers. My only hope is in the fact that my laptop has an anti-virus.”

In the communication that has been sent out by CNS, the focus is encouraging students to protect their computers from being infected. Since CNS computers already have updated anti-virus software, the worry is that student computers may infect the university’s computers.

CNS advises students to make sure their security patches are up to date by using the Windows Update Service and not to open any emails or attachments from unknown sources.