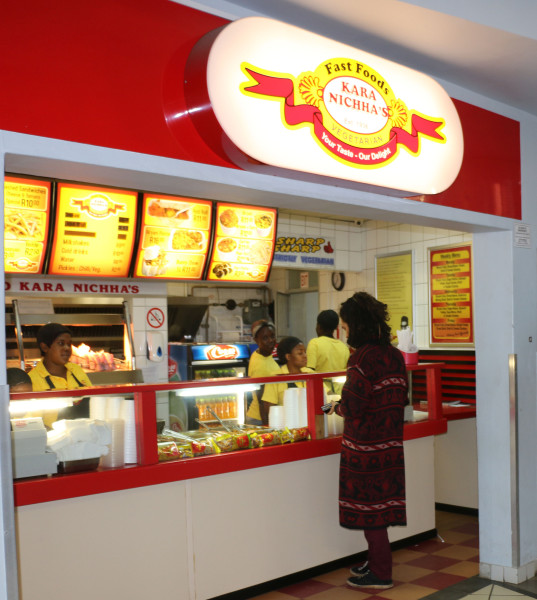 Kara Nichha’s, the only vegetarian food outlet at The Matrix, is closing down after facing ongoing financial challenges.

Kaushik Mistry, the store manager, confirmed that the eatery’s lease, which is currently still under the previous owners’ name, will expire at the end of the month. The business’ failure to generate enough profit has led to the decision not to renew its contract with the university, seeing that it is unable to pay rent.

He  told Wits Vuvuzela that Kara Nichha’s was about R150 000 in arears and as a result he could not renew the contract with the university.

“Every time there’s a strike, it affects business. The rent is too high, I have been paying rent from my own pocket for a while and not from the business,” Mistry said.

The workers at Kara Nichha’s say they are uncertain of their future. They say Mistry told them that he was looking for another building to occupy and that he would not release any retrenchment monies on the condition that he would take the staff with to the new store.

Two of the workers who requested that their identity be withheld due to fear of victimisation, said they had been addressed in a meeting about the closing down of the food outlet, but they had not been given any confirmation in writing that they would be given retrenchment packages.

Speaking in seSotho and isiZulu, one of the workers said, “He verbally informed us that he was closing the store. we don’t know where we stand because there is no written communication.”

Mistry, however, said that it was unnecessary to communicate with the staff in formal writing, saying that the only person he was

obligated to communicate with was his landlord.

“We have no problem with the shop closing down, all we want is all our dues paid to us,” said one of the workers. The workers also said that their bonus payouts from December 2016 had still not been paid to them. Mistry’s response was that he didn’t have the money to pay the bonuses, as the business was in debt.