Wits is the only South African university to qualify for the World Trade Organisation Moot Court Competition. 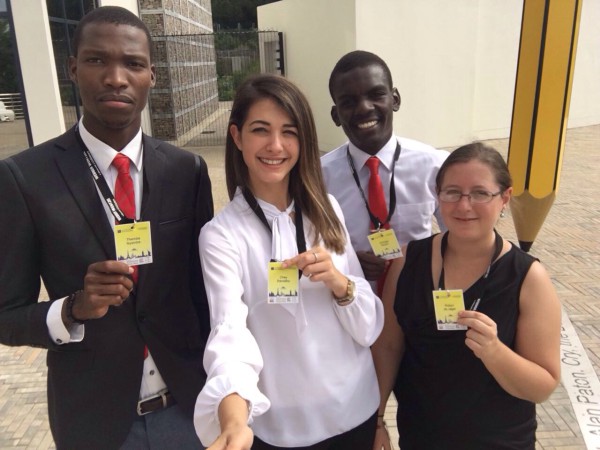 FOUR Wits law students have qualified to participate in the finals of the annual European Law Students’ Association (ELSA) Moot Court competition in Switzerland in June this year.

Robyn de Jager, Themba Nyembe, Chey Ramalho and Shingai Mujeri will travel to Geneva with their coach, fellow law student Mxolisi Ngulube. “We were definitely blown away that we got through to Switzerland … I don’t think any of us thought for one second that we’d be going through and it’s amazing,” said 23-year-old Ramalho, who plans to become an advocate after completing her LLB degree.

According to de Jager, who won the Best Speaker award in the play-off rounds, “It’s a big challenge because the panellists will be some of the top experts in international trade law”. The global competition focuses on World Trade Organisation law and involves students taking part in mock court proceedings.

Fourth year LLB student, Nyembe, told Wits Vuvuzela, “We have put in the work that is needed and we have the support structure that is necessary to do well.”

The Wits team placed third in the regional rounds in April after competing against 15 other universities from around Africa, with the first and second places going to teams from Kenyan universities. “I think it’s an indicator that we are a globally competitive university, also just as a school, that we can produce and compete on a global scale,” said Ngulube.

The Witsies will face university students from all over the world but are not fazed by the challenge. “If you’re going to face off with the big guys, you have to rise up and do it, but we’ve been practicing so we are ready,” says Mujeri.