Witsies to jazz it up in Mosadi: The Concert 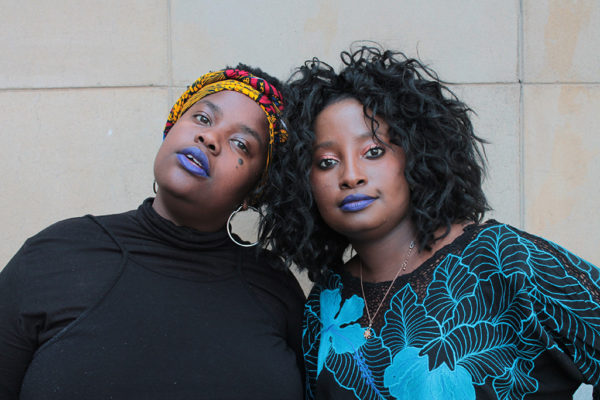 Witsie jazz songstresses and Bachelor of Music students, Masechaba Phakela, 22 and Palesa Pule, 19 are ready to enthral the Wits audience with their rich and soulful sound. The pair will collaborate in a music concert, Mosadi: The Concert on August 23 at the Great Hall.

The concert repertoire includes songs by black South African women from whom they draw inspiration. Through the music, the pair unashamedly tells the story of being young, black women.
Wits Vuvuzela caught up with the two to find out what they were preparing for Mosadi: The Concert with just a few days left.

The message of their music is nothing short of compelling and interrogative of their social realities and celebrates and empowers black women.
Pule, who is in her third year, said, “We realised that we were going to have a concert together, and when we were thinking about a concept, we decided let’s just call it Mosadi: The Concert because it’s two black women and, coincidentally, the songs we had chosen were all by black women.”

“My song as well is called ‘Mosadi’, so it all fit in and gelled together,” said honours student Phakela.

“I am a black young woman myself and I’m trying to find my identity. I am looking to other people that look like me. I’m taking in so much of who they are and what they are saying,” said Pule.

Phakela, speaking about the original composition that she will be performing, said, “The song I wrote [‘Mosadi’] was not only to find myself as a black woman but to correlate the message of female empowerment.”
She added that it was still a challenge for black women to express themselves in the industry and that it was still largely a male-dominated space.

Sinovalo, an original song composed by Pule for the concert, addresses the plight of femicide and sexual abuse of women in South Africa.

Phumelele Mzimela, 22 a Bachelor of Music honours student, said, “The concerts at Wits are getting broader. Lunch hour concerts were an extension of your academic workings. It’s becoming a platform for Wits music students to really express their musicianship outside of the confines of academia.”