South Point is encouraging residents to report crime incidents to the management of the student accommodation provider, in an effort to have more accurate crime statistics for Braamfontein.

Some students are reluctant to report crime at the police station, and the company is encouraging those who have fallen prey to criminal activities, anytime this year, to come forward and report their encounters to their resident assistants and front desk officers, who are their peers. 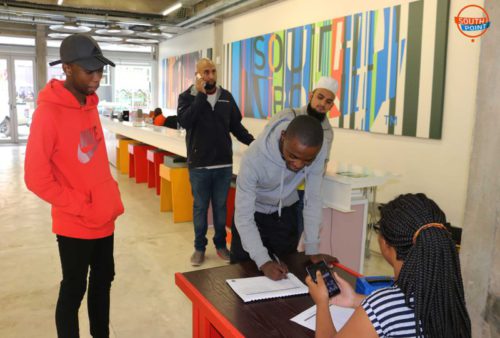 The aim is to use the data collected to demonstrate to the Hillbrow police station the need to increase police patrols in the area.

The initiative, according to South Point marketing manager, Khethukuthula Msane, has been necessitated by students who have “been constantly calling on South Point as the biggest stake holder in the Braamfontein area to act on their behalf”.

“Students have used various platforms to get the company’s attention. We have been tagged on social media comments, requesting that we assist in making the Braamfontein precinct a safer space. We even had a group of students request that we provide a venue (SBar) for them to hold discussions on the surge in crime within the precinct”, Msane said

“Having witnessed all these efforts by the students, the company has decided to be part of the solution and take initiative,” he added.

Mbongiswa Mabuza, a student and part time resident assistant at Epozini, one of South Point’s 15 student accommodation residences said, “During the first semester I had close to five female tenants coming to me and reporting that there was a group of males terrorising them within the building. The incidents continued for a while and it took some time for the company to deal with them. Therefore, such an initiative demonstrates some sense of urgency from South Point in assisting tenants who have experienced any criminal offences.”

South Point tenant and Wits BA student, Nhlanhla Mkhwananzi,expressed disappointment, “Although this is a great idea, the company, needs to deal with in-house issues first, then they can spread their wings to dealing with the broader Braamfontein problems. Since last year, there have been a lot of thefts at KSI and nothing has been done by the company, but now they want to jump into matters that don’t concern them”, he said.

Bonolo Mokwele, a UJ student and South Point resident assistant at Van De Stel, noted the benefits since the August 21 launch of the initiative. “There have already been two students who have approached me and reported sexual assault incidents. Although most resident assistants are not equipped to deal with such incidents, I study Clinical Psychology so I was able to give them assistance and help them report these cases to the South Point student relations officers”, he said

Msane, however, reiterated that, “We are only responsible for the safety of students when they are within our residences and this initiative is an effort to play a role within the Braamfontein area in making sure that out tenants feel safe in this space. This initiative also does not mean that students or employees should not report cases to the police, as they are more equipped to handle criminal cases,” he added

Hillbrow police spokesperson Mduduzi Zondo said, “Some cases go unreported so such an initiative will help us identify hotspots within the area which will lead to us increasing patrols in the area.”