As of next week, as many as 330 students who are currently without accommodation will be housed in a temporary facility until the end of 2017 examinations.

The Witwaters building in Parktown was officially handed over to Wits University by the Gauteng Provincial Infrastructure Department on Thursday, September 7.

Mamabolo said that Wits had sent an urgent request to the provincial government two months ago requesting assistance with the provision of student accommodation. This led to the partnership in which the province financed the upgrades to the building that is being leased for free to the university until December 15. 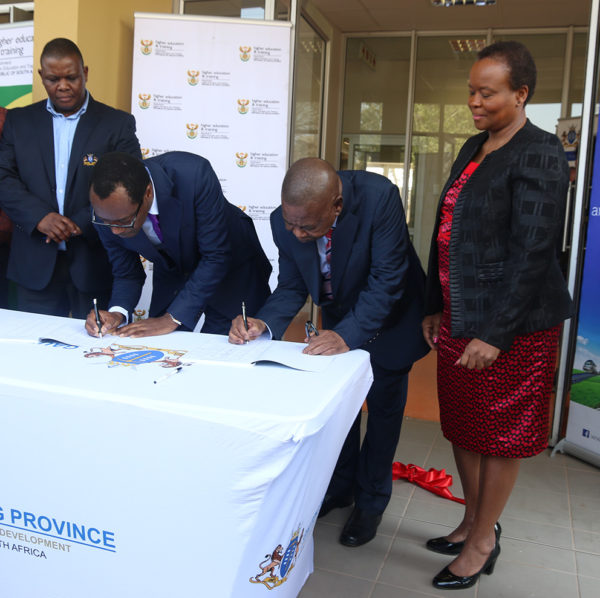 Wits Head of Residence Life, Robert Sharman, told Wits Vuvuzela that, “This is only for students in crisis who have no funding and no accommodation. It is short term because [the MEC] did not want them to be facing the upcoming exams without decent accommodation and a decent nights’ sleep.”

The criteria being used to allocate the accommodation include students with partial or no funding as well as students that live at least 20-30 kilometres away from Wits, according to Dean of Students Affairs, Dr. Puleng Lenka-Bula. However, Lenka-Bula and Sharman acknowledged that this criteria is not fixed as there are “different challenges that students encounter” throughout their academic experience.

Sharman said that the university would only be providing security at Witwaters. Services such as Wi-Fi, cleaning and extra mural activities will not be rendered as there is no budget allocation.