Practising journalism when “the government has eyes all over the country”

Many journalists across the globe find themselves putting their lives at risk for a story. END_OF_DOCUMENT_TOKEN_TO_BE_REPLACED

FRIENDS OF the Wits student who committed suicide on Saturday, October 14, have been left shattered that she carried out what she had been threatening to do for weeks.

WITS AND Cambridge University have launched a new political theory exchange programme that aims to redress historical colonial power relations between South Africa and Britain. The programme will allow prospective students to study in United Kingdom for 6 months at the expense of the South African government. END_OF_DOCUMENT_TOKEN_TO_BE_REPLACED

The residents told Wits Vuvuzela in April that they felt like they were under siege and subjected to constant sexual bullying, the alleged selling and abuse of drugs, gambling, littering and noise pollution. The house committee requested the university to fence the residence as a solution.

Wits Chief Operating Officer, Fana Sibanyoni told Wits Vuvuzela that the university has no intentions to fence the residence because it is not allowed in terms of municipality by-laws.

The new private security company has stopped people from sitting on the benches outside.

Rosebank College student, Karabo Kubheka, said that being denied access to sit on the benches outside the residence is unfair. “It is a public area. They are public benches, they are for the public and for everyone to use. It’s not fair for them [Wits] to deny us that right,” he said.

A Noswal Hall resident who preferred not to be named told Wits Vuvuzela that it is great that Wits has deployed private security, however it is frustrating that they [residents] are also not allowed to stand outside the residence. “We pay fees to occupy the space, why are we not allowed to sit outside,” she said.

Sibanyoni said that the deployment of security outside the residence is a temporary solution subject to Rosebank College and the City of Johannesburg fulfilling their jurisdictional duties. Although Noswal is Wits property the benches are on the pavement are the municipality’s property and they are a popular spot for Rosebank College students.   He added the temporary solution has been effective as the safety complaints have decreased.

Vice-chairperson of Noswal Hall Lekaota Mokoena said that the temporary security solution is effective. “The crowd is not there anymore,” he said.

He added that they were told by the university that the deployment of security outside the residence is illegal. “They wanted to remove them [security]. We said no, let the city come here and tell us that what we are doing is illegal, and give us an alternative solution,” he said.

Mokoena added that they are worried about whether Wits will keep up with the costs of the security because it is expensive. He added that the house committee still wants to fence the residence.

STUDENTS GATHERED at the Senate House concourse on Tuesday afternoon to witness the unveiling of Solomon Mahlangu House’s plaque but were surprised to find a no show.   END_OF_DOCUMENT_TOKEN_TO_BE_REPLACED

SLICE OF LIFE : The fear of the unknown

There are two months left of the 2017 academic year and I am honestly apprehensive about what the future holds.

I am anxious about two things: Firstly, doing well enough academically in order to meet the requirements to be accepted into a master’s degree programme.

Secondly, I am fearful of the possibility of becoming an unemployed graduate statistic.

There’s been a surge of qualified youngsters who have opted to stand on street corners with placards advertising their skills and qualifications, with some even using the #HireAGraduate hashtag to meet their potential employer on social media platforms. 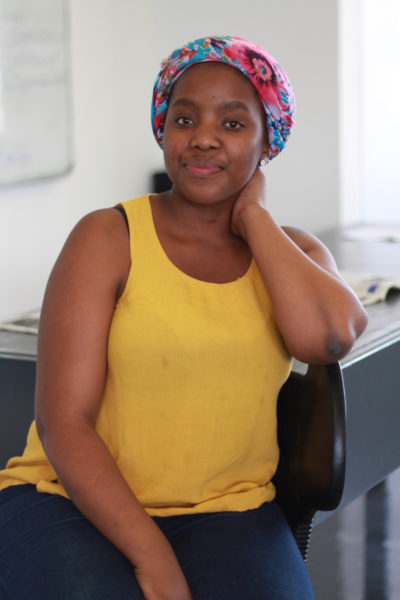 This unconventional way of job seeking has led me to realise my ultimate fear: having to stand at the traffic light intersection holding a placard outlining my capabilities.

Growing up and attending public schools in Soweto, which had little or no resources, I was told “education is the key to success”, but experience has forced me to think otherwise.

It surely can’t be “success”, when a substantial number of graduates are unemployed; that when some graduates enter the job market, they are told they are underqualified or overqualified, never mind the hundreds of thousands of rands of debt hanging over them.

Part of the reason why I think this “success” thing is downright gobbledygook, is because I have a few friends who had to pull down their knickers to get jobs and these are jobs they are qualified to do.

I have friends who graduated with distinction but are still unemployed and this shatters me and probably adds to the fear I am venting about.

I do not want to completely dismiss the notion that “education is the key to success”, particularly because I’m of the view that it’s subjective and that education perhaps increases one’s chances of getting employment or attaining wealth.

More than 50% of job vacancies I have come across have as a requirement “work experience”, which I have not attained. One would probably say “but there are internships”, not taking into consideration that they pay little or are unpaid.

Besides that, black tax is waiting for me. Just last week my mother proudly said, “I can’t wait for you to start working so you can renovate the house.” What she said left me defeated, speechless, and helpless.

It’s absolutely normal for a black parent who received little education, who makes a living through informal businesses, to be proud of raising a Wits graduate.

I do, however, think it’s a bit impossible for her to imagine the same Wits graduate struggling to find employment. And perhaps, the thought would kill her. This is Wits we are talking about, a world-class university, as some call it.

Where I come from, very few people make it into higher institutions of learning. When they do, there is a lot of societal expectation that they have to live up to. This includes getting a good job and a fancy car.

The mentality is that material wealth is the measurement of success. If you don’t live up to these expectations, it is often assumed that you wasted money and time by studying and that it’s better to have gone straight to the workplace after high school.

The take out from my experience is that if you are still a student, find a part-time job, make a little bit of money and save because it will come in handy after completing your studies.  Remember that any work experience is a stepping stone for learning how to be a professional.

A POOR VOTER turnout for the Wits Student Representative Council (SRC) over the past five years has led to the university proposing the use of an online voting system to elect the 2017/2018 members. END_OF_DOCUMENT_TOKEN_TO_BE_REPLACED

END_OF_DOCUMENT_TOKEN_TO_BE_REPLACED 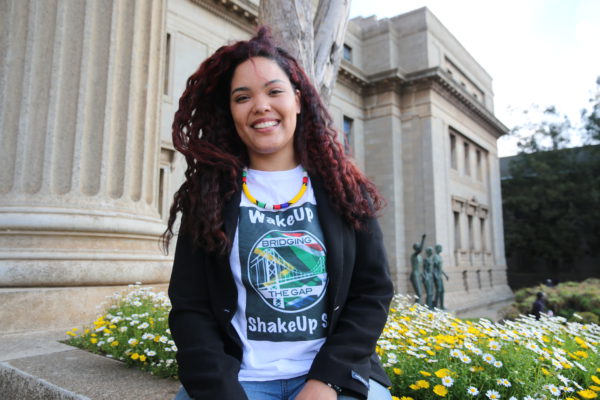 There is a new cool kid on the block, so look no further. Twenty-three-year old Callan Abrahams is a third year BSc Economics and Mathematics student, activist, maths geek, and entrepreneur. END_OF_DOCUMENT_TOKEN_TO_BE_REPLACED

Members of the Wits community and the media were denied access by Student Governance at the student forum meeting held at Robert Sobukwe block on Tuesday evening, August 29. END_OF_DOCUMENT_TOKEN_TO_BE_REPLACED

The patrollers say they have not been remunerated for working extra hours, have not received job descriptions and Wits branded uniforms and there is no communication with them. END_OF_DOCUMENT_TOKEN_TO_BE_REPLACED