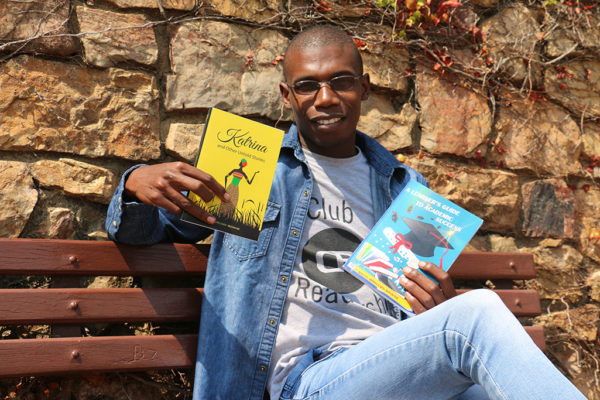 IT IS National Book Week, and this week’s cool kid on campus is nothing short of a book worm. Word smith, literature enthusiast, author, entrepreneur and an avid feminist. Mafule Moswane is currently doing his master’s in geography and environmental studies at Wits and is the ambassador for Club Readership, an institution created for Africans and those in the diaspora to engage with African books written by African authors.

Mafule is also an author of two books, Katrina and other untold stories and A Learner’s guide to academic success.

Determined to break and make a valuable contribution to gender and cultural barriers, Mafule penned the story of Katrina, a woman frowned upon for defying cultural norms.

Katrina and other untold stories is an anthology of African short stories. “It’s me narrating my stories about my bae Katrina who I love so much. Unfortunately, in the rural areas they don’t want her because she can’t cook. She’s an academic and a businesswoman. I’m in love with her, but at home they are like if she can’t cook she doesn’t meet the minimum requirements to be a wife,” Moswane says.

He shares his birthday and also looks up to the Harry Potter series novelist JK Rowling for inspiration and enjoys the author’s creative writing style.

Moswane believes he is compelled, as an author, to rewrite the wrongs of oppression and fight for women. He believes that his stories are unique and finds that it is important that Africans tell their own tales. “My stories are unique, they are told by an African and for a long time African stories were being told from the outside perspective,” he says.