The SRC organized a fundraiser to seek funding from major donors to assist with the current student funding crisis. 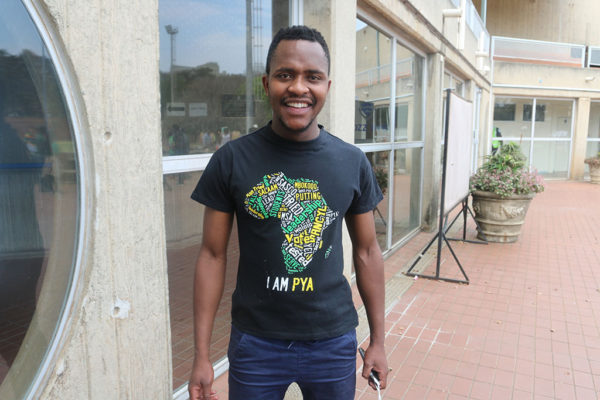 The SRC held a fundraiser aimed at pulling major donors to assist with the current student funding crisis at Wits.

The fundraiser, #ActiveForFees, took place on September 25 and included physical participation from students through cycling and running challenges.

In response to the poor turnout of less than 40 people, Ntumba said, “In terms of the turnout, I wasn’t really relying much on students for donations. Mine is to show that students are willing to do things differently and not just protest.”

“The main aim was just to paint a different picture to say students are willing to do something for fees. The one thing that you get as a fundraiser is that when you go to people [donors] they’re like ‘no Wits students feel entitled’, ‘you’re lazy’ .The concept was to do something that is positive,” he said.

Ntumba also said they were not yet aware of how much the SRC had made through the fundraiser as they were still awaiting more funding from major donors.

One of the participants in the cycling challenge, sixth-year medical student, Makamole Lelimo, said, “I love bicycles and it’s an opportunity to raise funds but I’m disappointed by the turnout. I know a lot of people struggling with fees, myself included.” He added that they would have advertised it even more.

First-year BCom accounting student, Mandla Shaba, said he wanted to participate in the fundraiser because he is aware that tuition fees are high and that most people cannot afford to pay their fees “…NSFAS doesn’t respond as I’m here, I applied for NSFAS and I didn’t get a response. It’s [#ActiveForFees] a good way of passing the message that students are struggling.”