Up to 450 homeless Wits students squatting in libraries, laboratories and residences

The accommodation crisis at Wits has left many students homeless, squatting at residences and sleeping in computer labs and libraries. 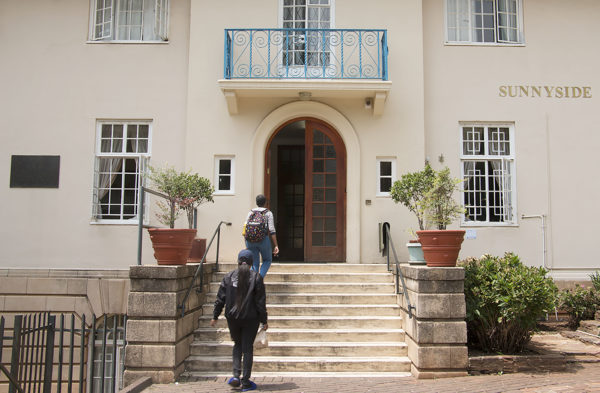 Some of the homeless students are squatting at Wits residences and private student accommodation.
Photo:Odwa Mjo

Jerome September, the deputy dean of Student Affairs told  the Wits Vuvuzela that his office had received 365 applications from students who were in need of accommodation, of which only 60 students had been assisted through the Wits Citizenship and Community Outreach (WCCO) and the SRC. The WCCO senior programme advisor, Karuna Singh, said “The number of applications for accommodation is in the region of 330. Some of the students applying for assistance say that they sleep in 24-hour libraries and others travel from areas in Johannesburg, but can’t afford transport.”

SRC secretary general, Warren Makoga,said, “Students come to the SRC offices on a daily basis. At times, the students come in the evenings and we (SRC) compile our own list, adding to the one the WCCO already has.”

Lena Mabaso, a second-year BSc Electrical Engineering student, who is currently on the accommodation waiting list  said, “I’m squatting at South Point, I don’t have money to bribe anymore. You can’t get in if you’re not a resident because they use fingerprints. If I get in earlier I have to pay R50, before 5pm. After five, then I have to pay R70.” Mabaso said it depended on how much the security guard at South Point wanted the squatting students to pay.

Third-year BA Law student, Xolani Daku, who is also on the waiting said, “I’m still waiting for a NSFAS response. In the meantime I am homeless. I have to travel using a taxi every day from Vaal. It takes me from an hour to an hour 30 mins.” he said.

The office of the Dean of Student Affairs said, they were aware that students had been squatting and sleeping in the libraries, “Some students, instead of registering themselves for assistance or intervention by the Division, sometimes resort to utilising learning spaces such as classrooms, libraries and/ or labs. We do not encourage this. “We are aware of some of the difficult situations that many students find themselves in and we have been working with the university to finding solutions to some of these problems, especially accommodation. The university has been engaging local government for us to be able to use residences at Charlotte Maxeke hospital for emergency accommodation. We are also working with the SRC to direct and re-direct students who are in need of accommodation, or are hungry at university, to places where they can get assistance including internal and external residences.”

Last Wednesday, five female students who were housed in rooms that were leased out for the SRC were evicted from South Point Private Accommodation at 66 De Korte Street after the leases expired.

According to SRC secretary general, the university leases out South Point rooms to accommodate SRC and sub-committee members during the O-Week and registration period.

“What usually happens every year around O-Week is that the SRC would book rooms at South Point because the first years are moving into the residences. As we were moving out of South Point, we realised that there was a growing issue of accommodation but, however, at the time our main issue was historical debt,” he said.

“The SRC and sub-committee members would then take rooms and give them to ordinary students for them to stay there, so we would then share the rooms with these students,” Makoga said.

“At some point South Point said, everyone who doesn’t have a lease must move out. Obviously at the time we did not have a solution but there seems to be a solution coming out. It won’t address everything, but there is something that could come up this week”, the secretary general said on Wednesday, regarding plans to address the accommodation crisis.

One of the evicted students, Sanelisiwe Zitha (third-year BAccSci), said, “I don’t have funding this year. I basically lost NSFAS, I didn’t get the 50% requirement. I appealed via a motivational letter. I don’t have accommodation since I don’t have funding. I have been sleeping at the 24-hour library and showering at friends’ [university residences]. We don’t have food as well,” said Zitha.

Nomasonto Mayendisa, a  BAccSci who has also been evicted, said, “I’m currently staying at Girton Hall Residence. I don’t know what I’m going to pay with at the end of the year.”

The five evicted students have received temporary accommodation at internal residences after the university waived the 20% upfront payment fee for residences.