Wits men’s basketball team came out victorious against the University of Johannesburg (UJ) at the annual St John’s College basketball tournament on Sunday in their first match of the season. 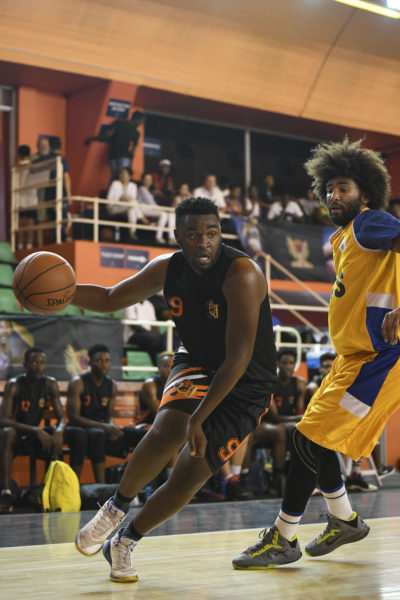 The annual tournament attracts school basketball teams from Swaziland, South Africa, Botswana, Mozambique and Zimbabwe. It is the biggest U19 basketball tournament in Southern Africa. This was the first curtain-raiser game in the eleven years of the tournament.

The win was a close one with Wits scoring their winning points in the fourth quarter of the game, finishing at 28-26 to UJ.

Director of sport at St John’s College, Alan Lion-Cachet, said the curtain-raiser was included in the tournament this year “to create more hype” around the event. The tournament is by invitation only.

“Invitations go out to a number of schools that show interest,” Lion-Cachet said. Wits and UJ were invited due to their proximity to the school.

Ngakane stated that this was a big win for the Wits men’s basketball team but they still had another six games against UJ who they would face, in derby matches, throughout the season.

Their next game is on Thursday, March 8 at 8.30pm  against the ABA Eagles in the Inner City Super League (ICSL).