Wits students ‘run to save lives’

Two Wits medical students are running the Two Oceans half marathon to raise funds for Doctors Without Borders. 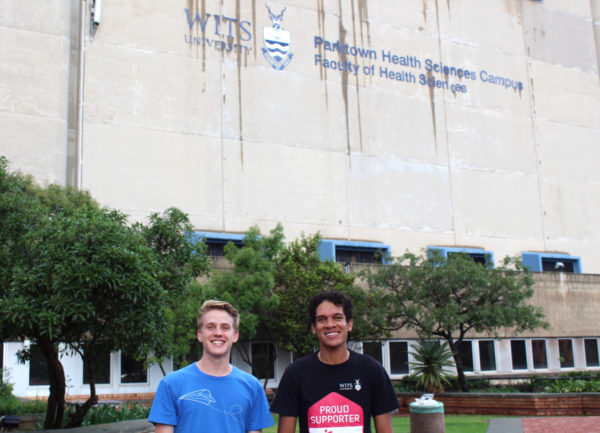 Kettles told Wits Vuvuzela that he truly wanted to do the Two Oceans and that it was great that he could raise funds through the marathon. By running he hopes to raise about R2 000 through donations which will go towards Doctors Without Borders.

For Vergie, it was more about his passions. He said, “I mainly like running and I am very passionate about MSF and involving myself in this meant that my two passions came together.”

Two weeks ago, both students started raising money through Given Gain, a website that allows funds to be raised, with a target to raise R2 000 each for the cause. By donating the money raised to the MSF, they are hoping to help patients who are unable to get the medical attention that they require.

Vergie, who is the current President of the Wits Friends of MSF (FoMSF), has been involved in the society’s activities as both an activist and observer for the past three years. Kettle attends FoMSF events and fundraisers and is very interested in the cause. He said, “As an aspiring doctor it is a very cool way to help people.”

Communications Officer at MSF, Angela Makamure, said that the university-based society does a lot of fundraising to help MSF and bring awareness to what the main organization does. The Wits branch hosts quiz evenings, information sessions and health days where they raise funds.

Makamure told Wits Vuvuzela that people from South Africa, as well as international runners, are running to raise funds for MSF. She said, “We have 17 runners both from South Africa and outside of South Africa. They are fundraising R2 000 each towards MSF from their networks. People are sponsoring them to do what they love to do which is running to save a life.”

It will be the first time running the marathon for both Kettles and Vergie.