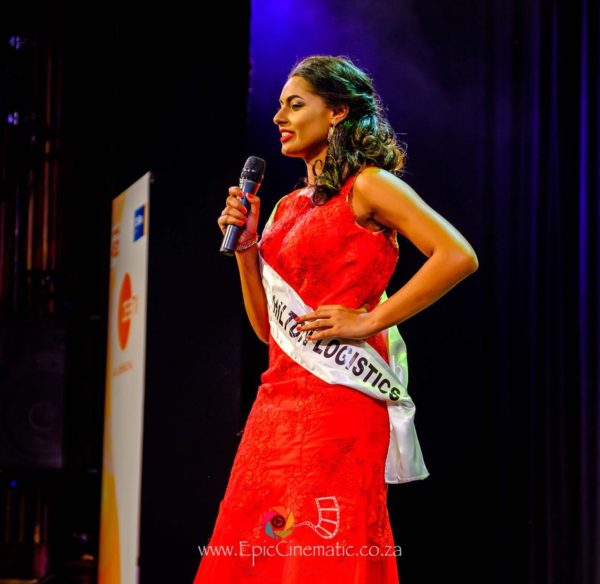 Wits fourth-year student, Kiara Ghirao, has her work cut out for her after she was crowned Miss India Gauteng at a glittering pageant at Gold Reef City in Johannesburg on Saturday, March 17.

Ghirao, 21, is a LLB student and a member of the outgoing Wits Law Council. She also counts modelling, dancing, choreographing as part of her many talents. These talents allowed her to master the requirements for the pageant which consisted of an opening dance, a modelling session in both eastern and western wear, a talent piece and a question and answer segment.

Ghirao told Wits Vuvuzela, “I entered the pageant in order to grow as an individual and come out of my shell. I wanted to become a role model for my peers by encouraging people to come out of their comfort zones.” She added that, “It is important to know what comes with the title [of Miss India] before entering, as well as prioritizing my education.”

As a winner of the pageant, Ghirao now has more responsibilities outside her student and social life as she now has to attend community events and become involved in various charity events. She said, “[The responsibilities are] to create social awareness and to encourage others to uplift their community.”

Wits postgraduate law student, Hoosein Mayet, a friend of Ghirao’s, told the Wits Vuvuzela that he was not surprised by her win.

“Her great life ethic and determination is always present along with her strong-willed personality which makes her most recent accomplishment an amazing yet unsurprising one.”

The pageant is an inventive leadership programme which was introduced 28 years ago. Pageant organiser, Preentha Nanhoo, said, “It gives our young ladies a platform to showcase themselves and their talent.”

Ghirao will participate in the Miss India South Africa pageant in December this year.