The Wits Student Representative Council (SRC) rejected amendments made to their constitution by the Dean of Student Affairs, Puleng Lenkabula. The changes were announced on Monday, April 9, 2018. 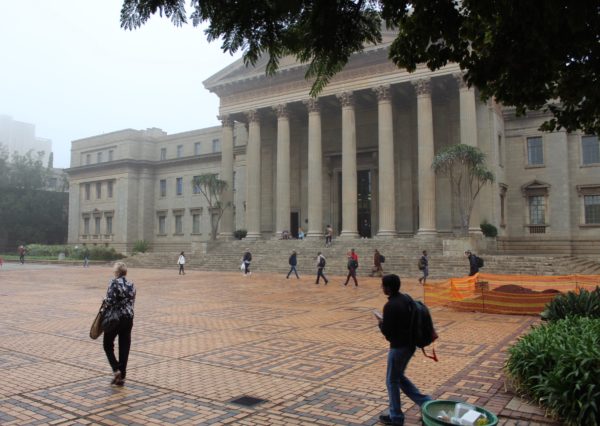 WITS University: Students walking to lectures in the morning outside the Great Hall.            Photo: Naeemah Dudan

Manager of Student Governance in the division of Student Affairs, Jabu Mashinini said the 2016/17 SRC were involved in making changes to the constitution and “were consulted on the matter on several occasions, both formally and informally.”

But, according to the SRC spokesperson, Sandla Mtotywa the student leadership body was not made aware of the amendments made to their constitution. “The amendments come at a time when the University is hiring a new Dean of Students, that was probably Professor Lenka-Bula’s last move before she leaves Wits… The timing of it all is perfect, as when we ask questions, no one will seem to know the answers, as those who do are not available at the immediate moment.”

One of the major changes includes the amendment to the criteria for candidates to be nominated for the SRC. Undergraduate students need to have obtained an average of 60%, and 65% for postgraduates for the semester preceding the elections. Previously academic performance was not a requirement for students to run for elections

Former deputy secretary general, Kaamil Alli, said that the 2016/17 SRC had informal discussions with the vice-chancellor about academic requirements for SRC members “to inspire confidence in the student population to succeed academically.” He added that there were also discussions to increase the postgraduate representation to be in line with the university’s 2022 vision. Wits aim to move to a postgraduate student body that is 50% of the total enrolment by 2022, which is in line with supporting the national goal of expanding the number of PhD’s produced annually.

“However, to my knowledge and the last time we had these conversations, no formal agreements were made,” Alli said.

Mashinini said that the SRC were “extensively consulted on the matter” and added that they did not reject the changes made to the constitution, “but [the SRC] have proposed some modifications to the approved reforms.”

Although the changes do not affect the current SRC, they are contesting these amendments. “The amendments are part of Wits management’s bigger plan to stifle student activism in the guise of academic excellence. Wits students are now subjected to elect students who they feel can lead them better through lenses of academic excellence,” Mtotywa said.

Another amendment to the constitution includes an increase in the number of members of the SRC body from 19 to 22 representatives. Mashini said that the reason for this was to include more divisions in the representation of the student body. The aim of this was to involve international students and students with disabilities to participate in formal representation by having permanent seats in the SRC.

Other changes and additions to the constitution include: Dean of Students has the power to appoint the next runner-up candidate in the event of a vacancy arising before April 15 in any year; elections will now only take place via an online voting system following the success of last year’s pilot, and the number of general representatives elected was decreased from 15 to 10.

All university students were emailed the amended constitution on Tuesday.