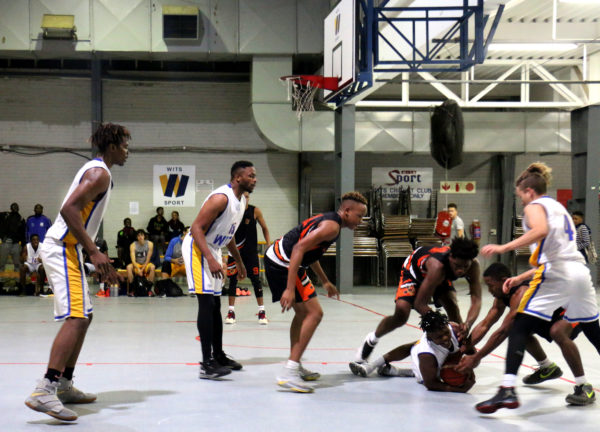 DETERMINATION: Wits Bucks refuse to give up in a game against UJ.        Photo: Mary Sayegh

Wits men’s basketball first team was split evenly between two teams when they played in the Inner City School League (ICSL) against the University of Johannesburg (UJ) and Corinthians BWA on Thursday, April 12.

The first match saw the Wits team in a race against the clock as they played against UJ. The Bucks unfortunately lost by five points with a final score of 73-78.

Everisto Pasi, a second-year metallurgy engineering student and Wits player, said, “It was a tough game. We played as a team but we didn’t play to our best and we feel as though we could have done better.”

Luvuyo Mata, third-year chemical engineering student, watched the first game in hopes for a win. He said, “We should have won, they could have done a lot more especially with defense and rebounds.”

Although the first game didn’t go as Mata predicted, he said, “For the next game, I trust the boys and they can handle the ball but all depends on the other team.” 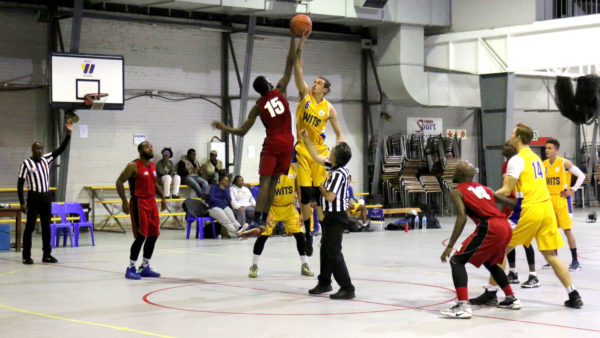 The second game saw the team work better and they threw themselves into a fast-paced game against Corinthians BWA. The scoreboard was dominated in the first few minutes by Corinthians BWA but Wits were quick to make up the lost point for their team. The match resulted in a victory for the Bucks with a final score of 78-67.

Number six player and third-year BCom student at Wits, Miguel Ferro, told Wits Vuvuzela that the second game was “very good for [the team] because last time we played Corinthians we went into overtime and lost”. He added, “It feels good to win. We played well as a team, our pace was good and overall we had a good performance.”

The team’s coach, Tshiamo Ngakane, said, “The first game was a bit disappointing as guys took long to start competing. Somehow the second squad gelled from the beginning.”

Ngakane said that the team are getting ready for the University Sport South Africa National Champs through these matches. He said, “We want to be the most prepared team and get depth. There are no substitutes in our games and [the players] have to be really fit. They need to do a lot more in terms of the game and winning. It’s hard but that hardship throughout the season gets us ready.”

On Friday, the Wits Bucks were sitting in third place on the ICSL log. Their next game will be on Sunday, April 15, against Vaal University of Technology in the University League.