Wits L2 were victorious against leading team in the league 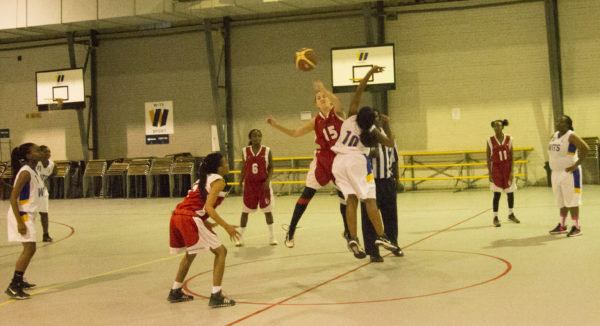 The Wits women’s basketball second team (L2) remains at the bottom of the league even after winning 50-33 against the Soweto Raptors on Thursday, April 12, at Wits University.

Sixth-year MBBCh student and captain of the team, Katlego Chueu said, “I thought we played well as the game picked up. We could improve on warming up before the game.”

The second quarter saw a decline in the defence of the Raptors as the Wits L2 increased their pace and strengthened their formation. Their strength resulted in them leading the second quarter.

The defence, form and conversion of offence into goals by Wits continued throughout the game. The defence of the Raptors remained strong but the dominant strategy of the Wits L2 made it difficult for them to convert their opportunities into goals.

Umpire of the game, Mpho Makhubela, told Wits Vuvuzela that the game was a one-sided match. “They [Raptors] tried to come back but it was too late. The age gap between students and high scholars has an impact on the performance of the teams,” he said.

The Raptors persevered through the game as the Young Bucks dominated the three quarters of the game.

The Wits L2’s next game is against the University of Johannesburg first division on Saturday, April 14 at 10:00 at Wits.