The Durban club could not penetrate Bidvest Wits’ defence. 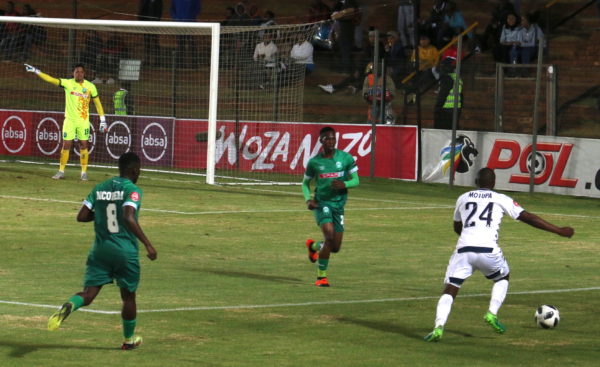 Fans come out in their numbers to support Bidvest Wits as they beat AmaZulu Football Club 3-0 in the ABSA Premiership League on Wednesday, August 29, at the Bidvest Stadium.

The grand stands were filled with energised Wits supporters as the Clever Boys redeemed themselves after they lost 0-1 in their last game against SuperSport United.

Wits coach Gavin Hunt said, “We bounced back from the bad result last week and that was the most important thing.” 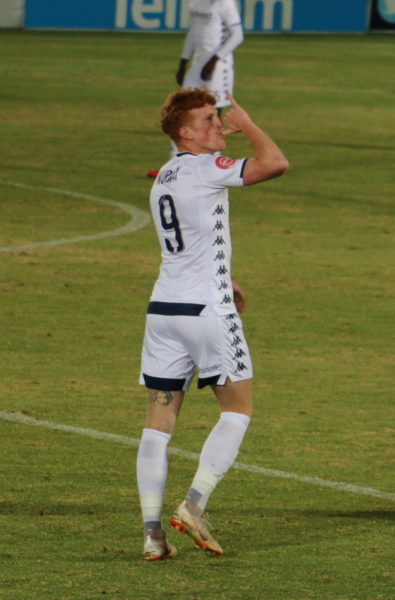 The scoreboard read 3-0 at full time and no one was as happy as new signing Simon Murray, who scored his first goal as a Wits player in the second half of the game. He came on as a substitute player in the 62nd minute of the game and managed to score his debut goal in the 73rd minute.

Murray told Wits Vuvuzela, “I’m happy to have gotten the goal, but most importantly it was for the team and for the win.”

The first goal scorer was Gift Motupa, who registered his team on the scoreboard in the third minute of the game. This goal came after Wits had missed their first attempt on goal and were granted a corner. The second goal was scored in the 28th minute by midfielder Mxolisi Macuphu.

AmaZulu never gave up and took every chance that they could to try and level the scoreboard throughout the game. Even though they had multiple shots on goal, they struggled to break through the Wits defence as goalkeeper, Darren Keet, was able to stop all attempts that came his way.

A supporter of the Clever Boys, Giacomo Net, told Wits Vuvuzela that the win was a great comeback for Wits.

“The boys have had enough rest since the last game. You could see from their combination of defence and attack structures that they were ready for tonight’s game,” Net added.

“But you know, three goals, three points,” he added.

Bidvest Wits are currently top of the league table with 12 points.

Their next match is against Maritzburg United Football Club on Tuesday, September 18, at Harry Gwala Stadium.