A former Rhodes University student has started a campaign to petition her alma mater to create a sexual offences unit to deal with cases of gender-based harm (GBH).

Yolanda Dyantyi, who was excluded from Rhodes in 2017 for taking part in anti-rape protests at the instution said that the university needed to do more for victims of sexual offences.

“We want a unit that is specialised to cultivate a space where students want to get help, and can get the help that they need,” Dyantyi told Wits Vuvuzela.
While the university does have a counselling unit, Dyantyi said that the unit was not equipped to deal with all the issues that had surfaced. 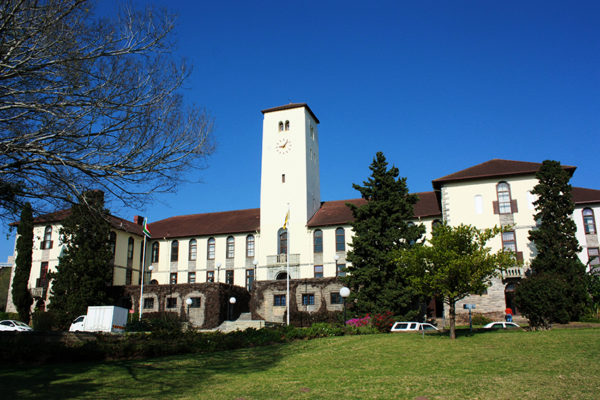 “At the time that I was a student, there was no one to deal with our issues, and the psychologists on the ground were often overworked,” Dyantyi added.
The university had previously had the position of a harassment officer, but following the recommendations from the 2016 Sexual Violence Task Team Report, the post of harassment and discrimination manager was introduced at a higher level.

Dr Zethu Mkhize was subsequently appointed to this position on September 10. “Her responsibilities include transformation, advocacy and awareness-raising in respect of harassment, discrimination, sexual assault and violence,” read a statement from the university.

Dyantyi said that while she and other activists welcomed Mkhize’s appointment, one person could not meet the demands of the role.
“The institution still needs to commit and build on her appointment,” she said.

Rhodes and its handling of GBH came under the spotlight in July following the suicide of a student, Khensani Maseko, after she was allegedly raped.
In 2016, the university was rocked by protests following the circulation of the #RUReferenceList of alleged rapists.