Two female entrepreneurs talk about how women can empower themselves in their careers. 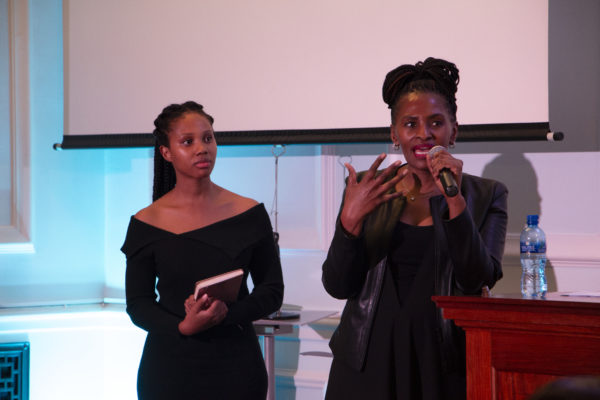 Two female entrepreneurs shared their stories of success at ‘She Empowers’ a Women’s month event hosted by the Wits SRC on August 15, at South African Institute of International Affairs in Braamfontein.

Palesa Moloi, creator of an online marketplace named Parkupp, and Nunu Ntshingila, the head of Facebook for Africa, addressed an audience of about 70 women and 2 men about their upbringing as well as how they have  dealt with failures they’ve encountered in their careers.

Ntshingila, 56, said that women do not have a road map when going into male dominated field or work, but “one thing I have always said to others is to be as women as you possibly can”.

“The possibility of removing the grounding you had before going into this field by being like men or operating the way they do is very high,” Ntshingila continued.

When Moloi noticed an opportunity for the start of Parkupp, a tool to help to connect drivers with available parking spaces across the country, she said the key was to focus on what she could do best.

“Another thing you can do is read up on other women’s success stories to inspire yourself to be like them,” Moloi said.

One of the only men in he audience, Mcedisi Sindane, asked the panel how men can do better in creating a more equal workplace environment for women.

“How can we do it without being condescending or belittling to women?” he asked.

Moloi suggested that men must understand how women do things, whereas Ntshingila said “being an ally for women and for equality and fairness” will bring in a culture for the growth of women in these fields and in life.

Wits Student Forum secretary general Phola Ngcai thought that the input of the younger [Moloi] with the older [Ntshingila] on the panel showed the work women still need to do.

“To be invited to an event like this and getting the bit of knowledge and reassurance from the panelists goes a long way, even beyond the walls of this discussion,” Ngcai told Wits Vuvuzela.

“I’m leading an all-women council, and hearing those words makes me feel like I’m standing for a bigger purpose,” concluded Ngcai.