Diet trends often come and go but the low-carb, high fat (LCHF) option seems to be going nowhere slowly. The Banting version of the LCHF has a new iteration in the Ketogenic diet, an eating approach dating back some 70 years.

This rediscovered way of eating aims to get the body into a metabolic state called ketosis, where it starts to burn fat instead of carbohydrates for energy.

Ketosis has been shown to be effective in treating drug-resistant epilepsy and according to a recent study presented at the American Association for Clinical Chemistry annual meeting, in controlling Type 2 Diabetes.

Unlike many other diets, Keto does not involve the reduction the daily calorie intake, but rather promotes an adjustment of macronutrient ratios. Keto nutritionist, Chantal van der Merwe says the typical calorie intake of a Keto dieter involves 70-75% fat, 20% protein and 5% carbohydrates.

A lunch of three cups of mixed greens, a medium stalk of celery and 85g of grilled chicken breasts topped  with a healthy dose (six tablespoons to be precise) of dressing: two tablespoons of olive oil and four tablespoons of ranch salad dressing, made up of blue cheese, cream cheese, buttermilk, water and herbs for flavour would make the perfect Keto meal.

“At first glance, Banting and the Keto diet seem to be the same but Banting is somewhat more relaxed in that a person can achieve all of the desired benefits yet not be in ketosis. The Keto diet focusses on getting into ketosis and staying there,” explained certified Banting LCHF Keto coach, Glenda van Blerk.

“The food lists differ slightly, with Keto allowing only zucchini, cauliflower, cabbage, avocados, broccoli, celery, spinach, kale and asparagus. Whereas with Banting all vegetables that grow above the ground are enjoyed,” added the 66-year-old nutritionist.

In addition to being more flexible with vegetable selection, Banting also promotes intuitive eating instead of controlled portion sizes.

Therefore, Banting dieters would have perhaps replaced the medium stalk of celery with half a cup of sundried tomatoes preserved in oil, a handful of toasted walnuts for crunch and an avocado.

Neither of the two diets, however, recommends snacking in order “to treat insulin resistance by limiting the number of eating events,” says van Blerk.

Thus both Banting and Keto are vastly different from South African dietary guidelines, which recommend including starchy foods in most meals and multiple small meals throughout the day. 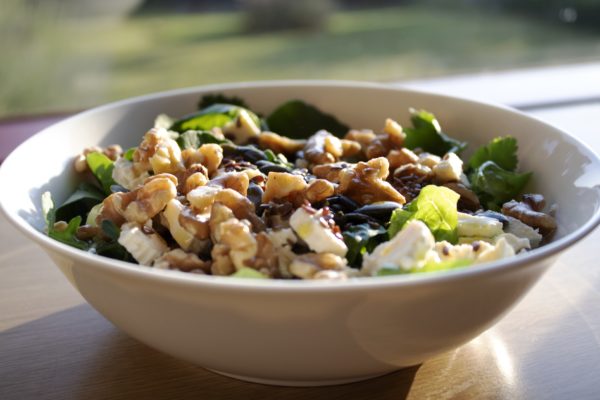 The idea of LCHF diets is for humans to return to the way they used to eat hundreds of years ago, before grains and milk products became so easily accessible.

“One of the first books I read when I started Keto explains how our nutritional guidelines of the past four decades were founded in lies and corruption,” said van der Merwe, who says she saw an increase in her energy levels, mental clarity, better fitness levels and improved physical well-being through the Keto diet.

“I always knew about the ketogenic diet as a therapy for children, but not for the weight loss and health benefits,” said the health and fitness expert of over 15 years. After more than a decade in the industry, van der Merwe started experimenting on herself and her husband in an attempt to maintain a healthy weight as she got older.

“The immediate benefits were just profound to me,” explained the 41-year-old nutritionist. Following this rapid transformation, van der Merwe decided to dedicate her time and attention to Keto nutrition.

Similarly, Van Blerk, recalls immediate weight loss (8kg in 10 weeks) as well as improved quality of sleep, better digestion and blood pressure, increased energy levels and improved mental capabilities after adopting the Banting lifestyle. This change was inspired by sudden weight gain and an increase in belly fat, despite a rigorous exercise plan. She has been following this lifestyle for seven years now.

Contributing editor at Men’s Health magazine, Michael Easter, however said that he does not believe in the keto diet. “I think the average person following either of these (diets) is just doing one of the hundred variations on low-carb, high-fat. But a true ketogenic diet is for very rare medical purposes, and society has taken it and turned it into a weight loss diet.”

Attorney and legal consultant, Justine Sweet, told Wits Vuvuzela that after following the Banting diet for two months she had to stop because “it was clearly not working”.

“I put on weight and I noticed no difference in my energy levels. I’m also very busy and a bit disorganised, so preparing meals was not easy for me,” said Sweet.