Without growth, the country will not be able to achieve its economic goals, says the author. 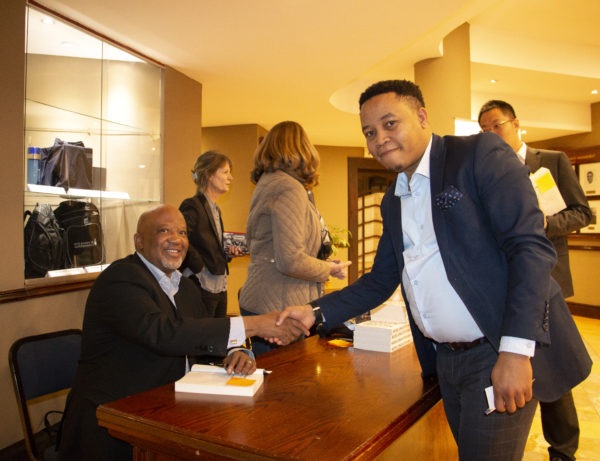 South Africa should invest more in education, according to former deputy finance minister Mcebisi Jonas. He was speaking at a public discussion on his book After Dawn: Hope After State Capture on Thursday, August 22 at the Wits Business School.

Jonas urged the audience which was a mixture of lecturers, students and members of the public, to be concerned with “making our public education work” by adopting a meritocratic system.

“There is something fundamentally wrong with the way we approach education,” he said, linking it to the unemployment rate, which, according to Statistics SA was 16% in 1995 compared to the current 29%.

Jonas’s book touches on crucial topics such as the political, economic, and educational realities of South Africa.

He refers to an incident when he refused R600m that was offered by the infamous Gupta brothers in 2015, as part of conditions to make him finance minister.

“By the time [state capture] happened I was aware of the cost it would have. The cost was too huge, not only for me but for the country,” Jonas said, adding that “Sometimes you cannot tell the difference between a thief, a businessman or a politician.”

Jonas said the country needs “a positive disruption” where the citizens find peaceful and alternative ways to challenge the government. “If you get disruptive disruption, to build yourself back it takes decades,” he said, referring to the history of civil wars by the neighboring countries.

Journalist Sikonathi Mantshantsha, who was the facilitator, opened the discussion by asking Jonas how long South Africa could continue to resist seeking financial assistance from the International Monetary Fund (IMF), given its current economic situation.

Not long, according to Jonas. “We are a few bad decisions away from the IMF,” he responded.

“Growth is a non-negotiable,” said Jonas, because most of the things the country was talking about, such as job creation, would not be achieved without growth.

He said South Africans needed to be involved in the process of transforming the country. “The destiny of the country is ours,” he said.

Thabiso Mokoane, who is a PhD candidate at the University of Johannesburg found the conversation to be robust. “It opens one’s eyes on what has been happening and the opportunities available,” he told Wits Vuvuzela.

Jonas’s book is published by Pan Macmillan and was first launched at Exclusive Books in Hyde Park on August 13.