A Wits student was chosen to coach the South African mountain climbing team at the Youth World Climbing Championships in Arco, Italy from August 22-31.

The athletes competed in three disciplines including lead –  where participants follow a route and climb to the top with as much stability as possible, speed – a route that needs to be completed as quickly as possible and boulder – where participants are marked on the amount of attempts it takes to complete a climb, the fewer the better.

Nicholas Meinel, a second-year BSc construction student prepared 22 athletes, ranging from 14 to 19 years of age, who competed against other athletes from over 50 countries during the competition.

“It was very different because I competed in the last four competitions [championships] before this. It was a different experience being on the coaching side,” the 20-year-old told Wits Vuvuzela.

“The main challenge was trying to keep them all focused on the competition,” he said.

Chairperson of the Wits Mountain Climbing Club Rhys Newton-Hill told Wits Vuvuzela, “Nicholas is the best climber I’ve ever met. His style and grace make climbing at a high level seem more achievable and more of a passion than a fight up the wall. 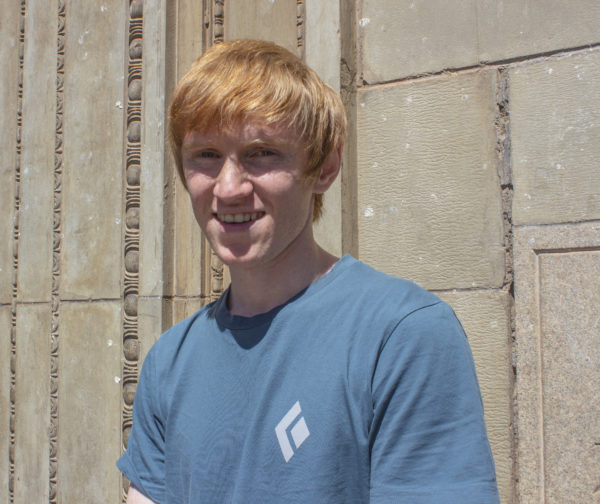 “His willingness to stand and work through a problem and build up a skill have taken him to that space, and have improved my climbing ability. He makes me proud to be a Wits climber and a member of the committee.”

Christopher Cosser, one of the athletes coached by Meinel, moved up 39 spots from his last competition in 2017 to 14th in the world after the 2019 competition. This was his combined ranking from his results in the lead, speed and boulder disciplines.

According to Meinel, most of his work involved helping the young athletes with strength-based training and learning how to read climbs.

“Reading climbs involves understanding how to actually do the climb. At the competition my main job was just trying to get them mentally prepared. I also dealt with warming up each athlete individually,” he said.

Alistair Stubbs, a member of the under 17 South African team described Meinel as very committed and eager to lend a helping hand.

“He actually did a great job helping warm and manage the athletes. He was sensible with his actions and it was evident that he did as much as he possibly could have,” Stubbs said.

Though Meinel still hopes to compete as an athlete and represent South Africa in the 2024 Olympics, he said, “With coaching I want to give back to as many people as possible and pass on the knowledge I’ve gained over the years.”

FEATURED IMAGE: The 20-year-old Wits student in action during a climb. Photo: Provided