Every morning as she wakes up and gets ready for the day, 26-year-old Cinemon Lalsing-Wittrup is reminded of the fact that she may never be able to have children of her own.

Lalsing-Wittrup was first diagnosed with polycystic ovarian syndrome (PCOS) when she started getting irregular periods at the age of 19. She paid a visit to her gynaecologist fearing that she may be pregnant, only to find out that her symptoms were caused by a hormonal imbalance experienced by 6-10% of women of reproductive age globally.

Before sending her on her way, Lalsing-Wittrup’s doctor assured her the condition could be controlled with the help of medication and that her chances of having children at a later stage would not be affected.

Various medical journals name PCOS as the most common endocrine disorder among women between the ages of 18-44, although most women do not realise they have the syndrome until they experience difficulties falling pregnant.

PCOS occurs when women’s bodies produce too much testosterone and androstenedione, typically found in larger concentrations in men than in women. As a result, fluid-filled sacs, or cysts, grow on the ovaries, restricting blood flow and affecting the quality of ova or the eggs.

While medical science has known about PCOS for over 70 years, the exact cause of the syndrome is still not known. Medical professionals do, however, believe that factors such as genetics, obesity and excessive amounts of insulin and androgen (male) hormones may play a role in its development.

PCOS often goes undetected or is misdiagnosed by medical professionals because of its varying symptoms, ranging from infertility to pelvic pain, excessive hair growth in unusual places, hair loss around the forehead resembling a man’s balding patterns, weight gain and skin conditions such as hormonal acne. PCOS is diagnosed if the patient shows at least two of these symptoms.

General practitioner of 34 years, Dr Martie Landman, said, “Girls normally come to me saying that their period is abnormal.” She added that the most common symptoms, in addition to the abnormal menstrual cycle, were weight gain, abnormal hair growth and acne, which indicated PCOS.

Most women start to show symptoms around the age of 20, some even in their late teens, but according to an international survey from July 2019, it takes an average of two years and three doctors for a woman to be properly diagnosed.

Before doctors can diagnose the syndrome, they have to perform a pelvic examination, take blood and/or do an ultrasound. Since not all patients’ blood work indicates hormonal imbalance, scanning the ovaries is probably the most efficient form of diagnosis. Merely knowing that there are cysts on the ovaries is not, however, necessarily helpful in solving the problem. 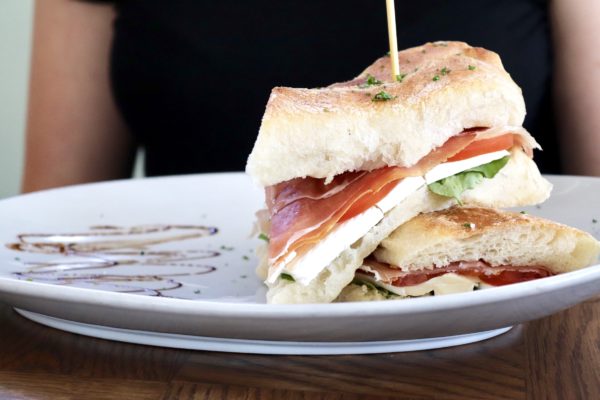 “Most of the time, somebody will come to me with an already diagnosed PCOS,” added the Wits alumnus, who explained that most of her PCOS patients turn to her because they wish to lose weight caused by PCOS-induced hormonal imbalances.

Despite there being no cure for PCOS, research has shown that symptoms may be controlled with hormonal medication and lifestyle changes, such as diet and exercise.

Caradas explained that her approach is usually tailored to the individual, but she does often work with a carb-controlled diet as well as an anti-inflammatory diet, where foods such as red meat and sugar are restricted.

“I manage (my symptoms) by eating a lot of protein and less carbohydrates,” said Wits nursing student Toni Batty. Since being diagnosed in 2014, the 22-year-old said, “Only the insulin symptoms have really subsided. My period is still very painful and I will definitely have problems conceiving.”

“I cannot fully address infertility or a skin condition, but diet can certainly help,” said Caradas.

Scientists from Iran believe that while obesity may be caused by PCOS-induced hormonal imbalances, it might also aggravate other symptoms such as infertility and metabolic problems.

South African school teacher, Elrika Martens, recalls a specialist in Port Elizabeth telling her “to lose weight and everything will fall into place”. But despite losing 22kg, her symptoms have not subsided. Five years after being diagnosed, Martens still suffers from depression, which is not directly caused by PCOS, and high testosterone levels, causing acne, weight gain, and unusual hair growth on her arms, legs and chin. 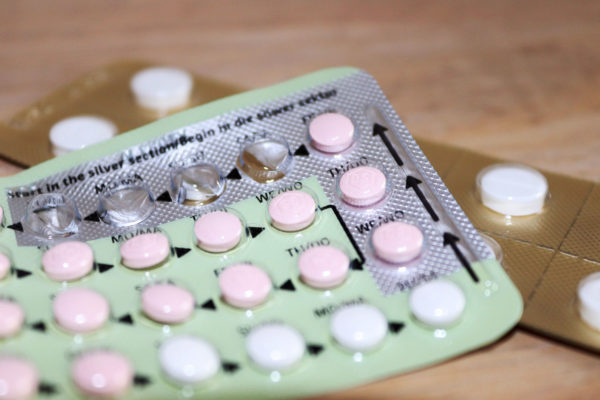 While early detection may assist in successfully easing the symptoms, detection in adolescents is believed to be more difficult than in adults due to puberty induced hormonal changes that may overshadow or distract from the imbalances caused by PCOS.

But even if PCOS is diagnosed at a young age, 28-year-old test analyst, Zelda Lebid said, “Most young women, especially in rural areas, might not know they have PCOS or they don’t have the money to go to a gynaecologist for a proper diagnosis.

Lebid had struggled with abnormal periods since she was 12, but was unaware of her condition because of a lack of knowledge and money in the townships.

These sentiments were echoed by Lalsing-Wittrup, who has not returned to her fertility specialist “because he wants (her) to go for treatments and it costs a lot”. With each consultation costing R1 900, excluding blood tests and scans, Lalsing-Wittrup simply cannot afford six consultations over the course of the next three months.

“Medical aids also hardly cover any PCOS (treatments), since they don’t see it as a condition,” she added.

Despite seeing three other medical professionals since she was diagnosed, Lalsing-Wittrup’s  condition still has not been eased, so she feels forced to search for yet another, more affordable, medical professional who can hopefully assist her in finally falling pregnant.