The Witsies got off to a great start but were defeated by the stronger JOS side.

The game was full of suspense with the final score of a 2-3 win in favour of JOS. 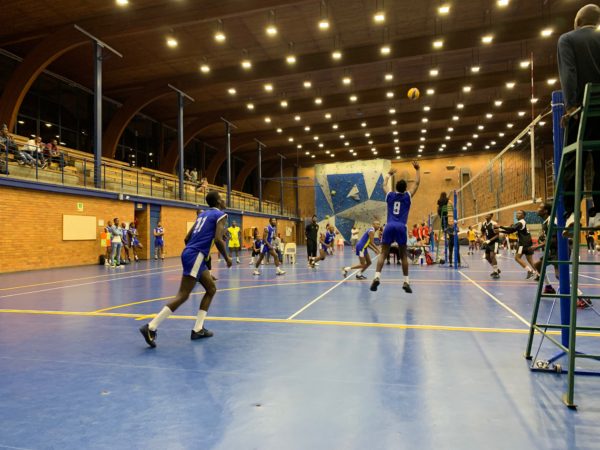 But the set quickly turned in favour of JOS as they scored 10-14.

Spirits were visibly low for the Wits team which yelled “A-team” every time they scored. However, the home team managed to come back full force, and leveled the field to a 19-all tie.

In the beginning of the fourth set, JOS were determined to keep their two-point lead. Wits however caught up to the visitors, and had the scorecard read 10-12 by seven minutes.

The intensity was raised when the game reached a deuce at 24-24. This meant that for either team to win the set, they had to win by two points.

The fifth and deciding set, unlike other sets, only had 15 points. JOS played a quick game and took the set with 8-15 in 11 minutes.

Captain Munya told Wits Vuvuzela they expected the game to be tough but they prepared for it.

“Today we lost but we fought, unlike the previous games where we lost and there was no fighting spirit. Today I think the boys brought it and we feel more prepared for the tournament in October,” he said.

JOS coach Nkosilathi Moyo said, “Wits prepared themselves because we played against them in the league in July and we beat them 3-0.”

Spectator and Aqua Darshan volleyball player, Treshwin Arnolds said he enjoys coming to the games at varsity level because he can watch young talent.

“Wits brought their A-game today, unexpected but very impressive. Both teams have some great talent and I am excited to watch them grow,” said Arnolds.

Wits men’s volleyball team is out of the knockout rounds but will participate in the Johannesburg Volleyball Union tournament which takes place in October.