Cremalat: An Italian oasis in an industrial desert

A 26-year cheese manufacturer continues to bring in the customers.

It’s hard to imagine that what started out as a small stand at a local farmer’s market is today a must-visit 200m² deli that seats about 80 people at a time. This is Cremelat Cheese, an Italian gem tucked away in a place called Elandsfontein, away from the hustle and bustle of the usual spots in the Johannesburg northern suburbs. 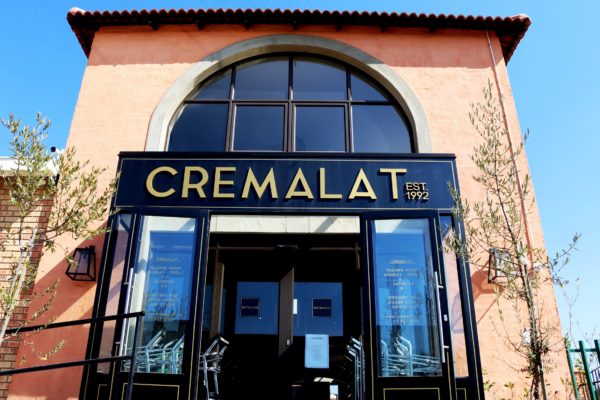 Cremalat is no longer built to blend. With this new look,the deli and restaurant now stand out like a sore thumb among the drab industrial landscape. Photo: Stephanie Schaffrath

My earliest memory of Cremalat Cheese is from when I was around 11 or 12 years old. My sister and I would visit the Bryanston Organic Market with our mum during the school holidays. Without hesitation, the quaint cheese stand was always our first stop. We knew for sure that the later we arrived, the longer our wait in the queue. But even a half hour wait for Cremalat cheese was worth it.

When we finally had our turn though, the moans and groans of the past thirty minutes were very quickly forgotten as our eyes feasted on the mouth-watering Italian delights before us.

On the road again 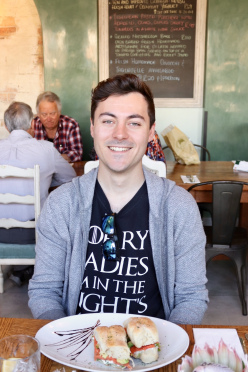 Dale Tanzer delighted at the sight of his favourite dish, Norwegian salmon with avocado, chunky cottage cheese and rocket on a Panini. Photo: Stephanie Schaffrath

The drive to the Cremalat deli is even longer than the wait in the queue but we continue to make the road trip as the reward is just as good.

Leaving the northern suburbs behind and driving out to Cremalat is enough to build up a respectable hunger for their extensive menu.

Thirty-five minutes after our journey began, we finally arrived at Cremalat and made our way through their newly built entrance into the deli and past a queue of customers waiting to settle their bills.

While Cremalat initially started by selling cheeses, cold meats, vinegars and coffee, it has since expanded its offerings to other Italian goods such as olive oil, homemade preserves, wines, bread, biscuits and more.

Family values and good food seem to be the golden rule at Cremalat, which is now a deli, in–house restaurant and supplier to various restaurants, including Olives and Plates, a service provider to Wits University.

Cremalat is like many family run and owned businesses in Johannesburg, although in this case two different families are involved. The deli is predominantly run by husband and wife, Rosario and Belinda Schutte, who have both been working for Cremalat as sales people for 22 years.

“Alicia (their daughter) used to help and assist during the school holidays when things were hectic. Then when she was in matric, Claudio said that there is no better place for her to work,” said Alicia’s mother, Belinda Schutte, proudly.

Owner, Margaret, and her late husband Claudio Guistizieri, moved their business to Greenhill Industrial Estate, Edenvale in 2002. Having the extra space allowed them to dream beyond having just a deli and thus the idea of La Cucina @ Cremalat was born.

To be fair, at first the term ‘restaurant’ may have been a bit ambitious considering that, at that stage, the restaurant consisted of just two awkwardly positioned tables outside the deli entrance. Now, however, the restaurant can seat 80 guests and has a selection of over 50 dishes on the menu. ”It’s grown so much,” said deli manager and front of house, Alicia Schutte, as she proudly looked around the busy restaurant

“Our mission is to send out the best food we can. Consistency is the target,” said kitchen manager, Christiaan Bloem. 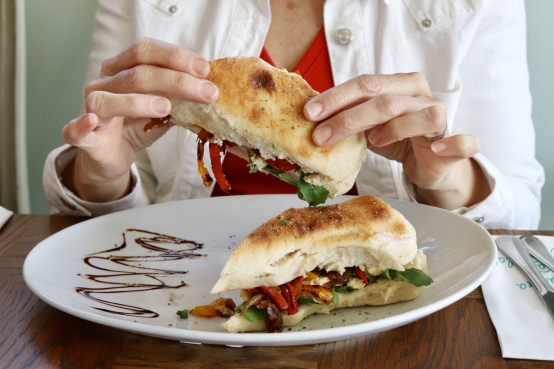 Guests who come from far and wide to taste Cremalat’s mouth-watering dishes need not be disappointed, since they can recreate their very own Italian kitchen at home with the goods stocked by the deli.

“It is all Italian, although we do (now) stock a small selection of French and Spanish cheeses,” said Belinda Schutte, who explained that all of their goods are supplied by the same importer, although they do come from different companies.

FEATURED IMAGE: Rosario Schutte has been working at the deli alongside his wife, Belinda, for 22 years. Later, their daughter, Alicia, also started working at Cremalat as the deli manager and restaurant front of house. Photo: Stephanie Schaffrath