The pair of Wits music students are in a band together and have worked tirelessly on their first official EP.

The EP, entitled Fuzzy Space, will consist of five original songs that were completely self-recorded and self-produced by the band in their shared home studio at Oliver’s house, called Fat Cake Studio.

“We’ve been lucky enough to collect audio and recording equipment over our music degrees and the span of the band being together,” says Du Plessis.

The band says that having an accessible and homely creative space has given them a lot of freedom to write, record and produce the EP. They learnt how to correctly set up the audio equipment for recording various instruments, as well as techniques for mixing and mastering the recordings, through watching various online video tutorials. 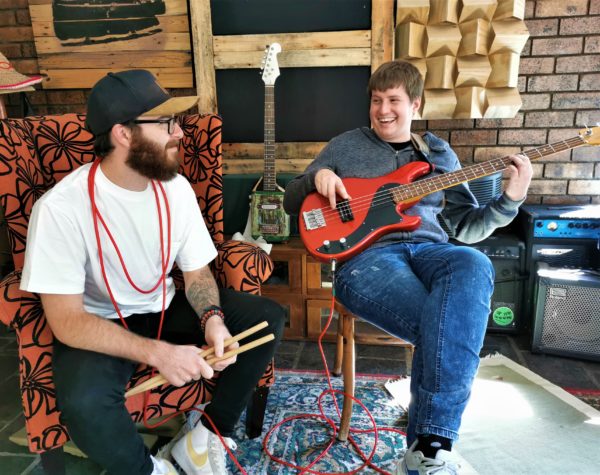 “The whole EP literally taught us how to record experimentally with instruments that we hadn’t really used before, which was definitely with the synths,” says Olivier.

The band says that the music on the EP was originally only going to consist of Du Plessis playing drums, and Olivier playing bass, guitar and singing. However, when the band experimented with a Korg Volca synthesiser to record a synth melody to a song on the EP called El Dorado, they were so impressed with the results that they decided to add synthesiser to all the other songs too.

“That synth line was the first synth that we ever wrote [for our music]. When Marc sent me a demo of it, I said, ‘Yes! That’s [going] in [the song]!’,” says Olivier. 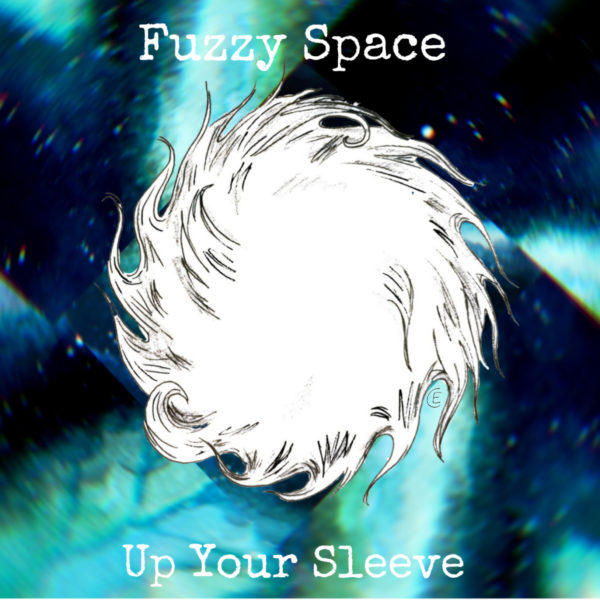 According to the band, the EP blends several genres, such as rock, pop, alternative, folk and synthwave, giving the music an experimental feel while keeping the songs simple and catchy.

It has taken the band almost a year and a half to finish the EP, but they say the long period has been very rewarding.

“Using our own material to hone our own craft as musicians is just a really amazing feeling,” says Du Plessis.

Olivier’s sister, Ashley, says that the band is very dedicated in the studio. “Both [members] are extremely passionate about creating a well-rounded piece of music, and will stay up until the early hours of the morning to get it just right,” she says.

Olivier and Du Plessis met in 2016 as first-year music students at Wits and have been writing and performing music together as Up Your Sleeve ever since. The band is also known on the South African live music scene through playing gigs at many Gauteng live music venues such as Railways Café and Rumours Rock City.

Seb Howarth, lead singer of the popular South African indie rock band Indie Dog, says that he is excited for the new Up Your Sleeve release.

“I’m keen to hear what the boys have been up to in their studio. It’s about time they released some more music,” says Howarth.

Fuzzy Space will be released on June 25, 2021, on all music streaming platforms, including Spotify, Apple Music, Deezer and YouTube Music.