Activate Wits, an LGBTQIA+ rights-oriented student society, in collaboration with the Wits SRC led a march on Thursday, June 3 to promote the protection of queer people’s rights. This also serves as a celebration of international pride month which kicked off on June 1, 2021.

The LGBTQIA+ community has experienced a series of hate crimes from homophobic slurs and hate speech to more extreme forms of violence such as rape and murder. This has been an ongoing issue for years, however, more recently the murder statistics of queer bodies seem to be increasing drastically, as more people open up about their experiences and open criminal cases.

“In South Africa, we have one of the best rights, the best policies, but let’s speak about the protection of those rights. As a country, we are literally failing ourselves. So, it is up to us to take a stand and fight this. As activists, we are going to stand up and fight!” says Lebonza, one of the queer activists at the march. 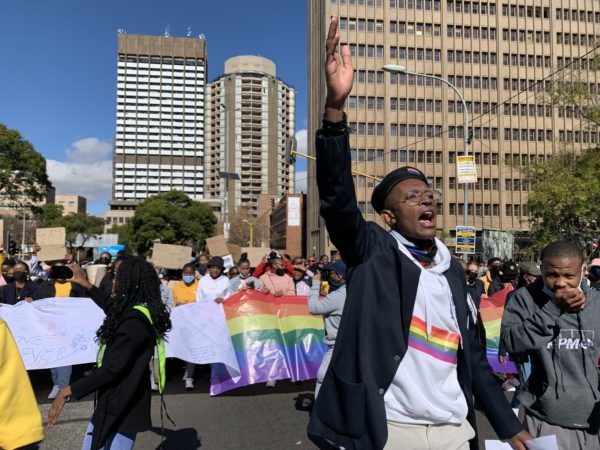 The protesters met at their starting point at the Noswal Hall student residence in Braamfontein at 11am, where they were addressed by members of Activate Wits and the SRC. “We have a beautiful constitution, but it is badly implemented,” says Wits SRC president Mpendulo Mfeka. 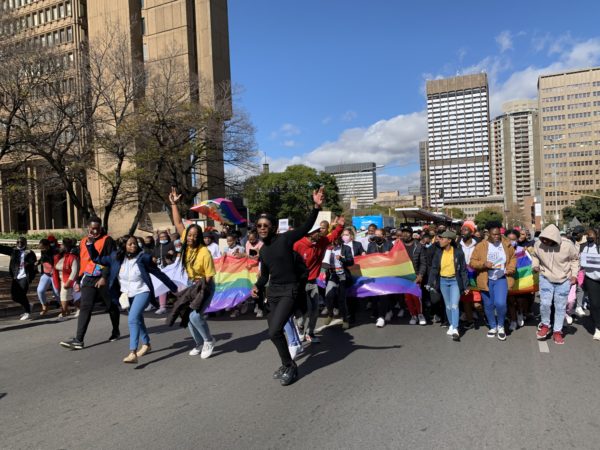 As part of the day’s agenda, the protesters marched to Constitution Hill to deliver a memorandum calling for the protection of the rights of members of the LGBTQIA+ community.

Among the demands, they called for the criminalisation of street harassment as well as the legalisation of the sex work industry. “We are not here for us as a [queer] community only, but we are here for other people as well,” one of the student leaders said to the crowd. 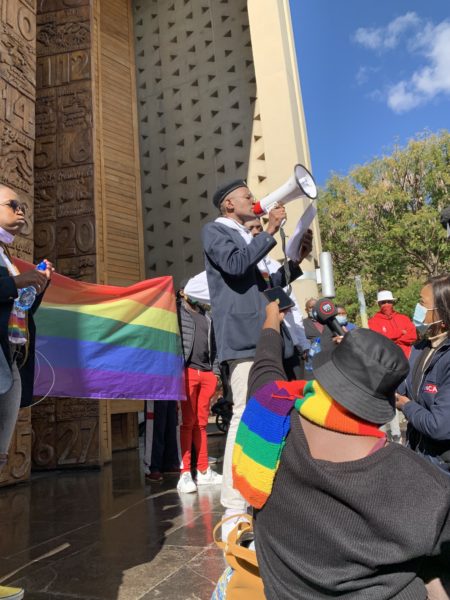 A member of Activate Wits reading out the memorandum outside the constitutional court. Photo: Karabo Mashaba. 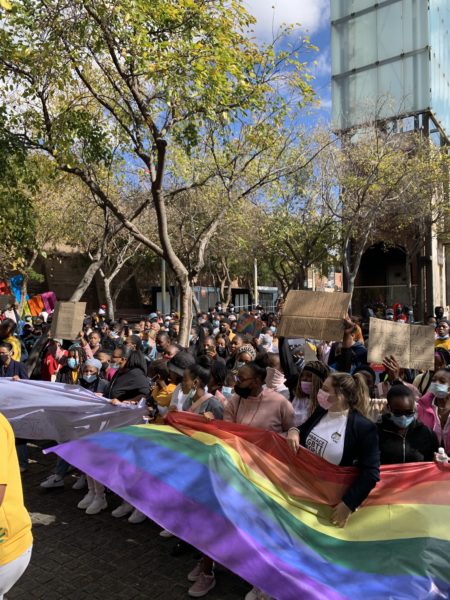 Marchers gathered outside the Constitutional Court listening to a reading of the memorandum. Photo: Karabo Mashaba.

The memorandum was received by Thomas Rikhotso, court manager of the constitutional court. He acknowledged his receipt of the memorandum. “We undertake that it will be delivered to the judges of this court. We will hand it over to the acting chief justice.” Rikhotso said to the marchers. 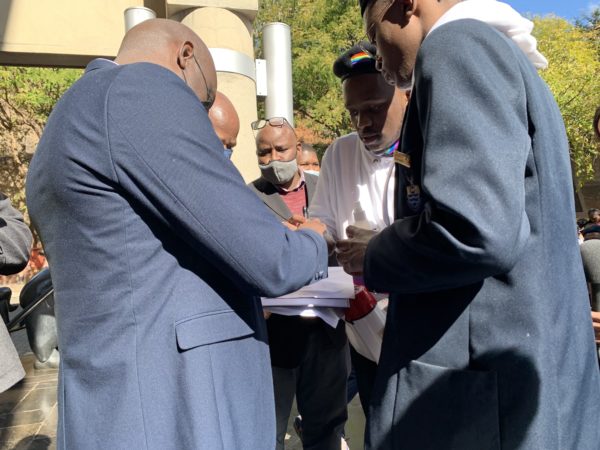 Rikhotso signs a copy of the memorandum. Here he appears with student leaders and other court personnel. Photo: Karabo Mashaba.

Once the memorandum was signed and handed over, the protesters marched back to their starting point. Along the journey, struggle songs alluding to the pain of the community were sung. Some of these lyrics included ‘yimbi lendawo, siyayi saba lendawo’ (this is a terrible place, we are afraid of this place).

The protesters finally came full circle at Noswal Hall, ending their march with a quick debrief and prayer session for members of the LGBTQIA+ community. 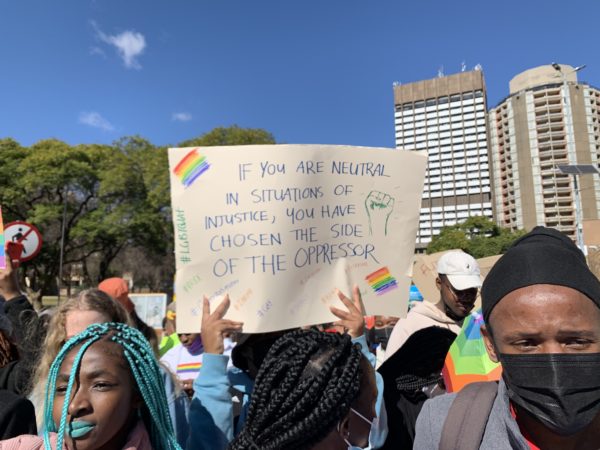 “If you are neutral in situations of injustice, you have chosen the side of the oppressor” – Desmond Tutu. Photo: Karabo Mashaba.

FEATURED IMAGE: One of the protesters waving the LGBTQIA+ flag. Photo: Karabo Mashaba.