A Game Lonwabo Can Play was inspired by the author’s own experience of having a brother with autism.  A student from the Nelson Mandela University (NMU) has written a story to help children understand and learn to interact with other children living with autism spectrum disorder (ASD).

Wamkelwe Mdzanga (22) has a younger brother with autism and drew from her family’s experience to write A Game Lonwabo Can Play.

“What made me want to educate people about autism spectrum disorder was thinking back to my own experience of seeing other kids be scared or freaked out by the differences my brother had from them,” the second-year marketing student told Wits Vuvuzela. The drive to educate people about ASD also came from her own frustration of always having to explain “what was wrong with my brother and why he wasn’t like other kids,” said Mdzanga. 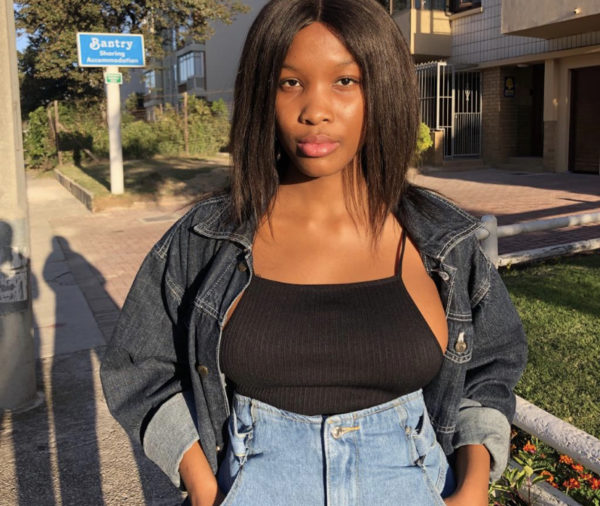 The author of ‘A Game Lonwabo Can Play’, Wamkelwe Mdzanga. Photo: Provided.

The short story follows a boy called James, who just wants his autistic friend, Lonwabo, to be included in playing a game of tag with the other children in the neighbourhood. James, however, realises that Lonwabo is different from the other children and would probably not enjoy this particular game. James eventually comes up with the idea of having an arts and crafts session with Lonwabo and the other children.

Children with autism are typically sensitive to sound. Therefore, sounds such as shouting or the loud bouncing of a ball may be stressful to them. Mdzanga decided to use her own brother’s interest in arts and crafts as inspiration for an alternate and more suitable activity in the story.

A Game Lonwabo Can Play is available as a PDF. “We have made it a free resource that anyone can access in hopes that it can one day be published,” said Mdzanga.

Mdzanga’s mother, professor Nokhanyo Mdzanga, approached Bulelani Booi – a Gqeberha illustrator – to help create visuals for the story. “I grew up watching cartoons, so this style of illustration is not new to me,” the artist said of his work in an interview with The Herald.

The story is also included in professor Mdzanga’s memoir titled Seems Like It’s My Destiny which is available via Takealot.

FEATURED IMAGE: The cover of ‘A Game Lonwabo Can Play’  by Wamkelwe Mdzanga. Photo: Provided.