A popular student hot spot has been revitalised — and it serves shisha, too.

Johannesburg’s once famous restaurant, 47 on Grant, the centrepiece of Norwood’s most happening street, has reopened as Ibn Arabi: Shisha Nights.

After closing down in 2018, the former Turkish restaurant now brings a fusion of Arabic and Russian cuisine to the table.

The restaurant’s owner, Mohsin Abdel-Khaleq (41), said he looks forward to welcoming patrons back to the once-loved location, while providing something different in terms of food: “The idea of a Russian and Middle-Eastern restaurant serving food from both parts of the world came from my love of both cultures,” Abdel-Khaleq told Wits Vuvuzela.

The menu features an array of dishes, with the grills a popular choice. The Shish Taouk (marinated, barbequed chicken cubes) and Plov (a Russian rice dish) are winners for main courses, while Mohlabiya is a delectable Arabic dessert prepared with milk, honey and pistachios topped with cinnamon. The average price per person for a two-course meal off the ala carte menu is R150.

Ibn Arabi also offers a selection of mocktails and designer drinks, including coffees and shakes. The restaurant is strictly Halaal. 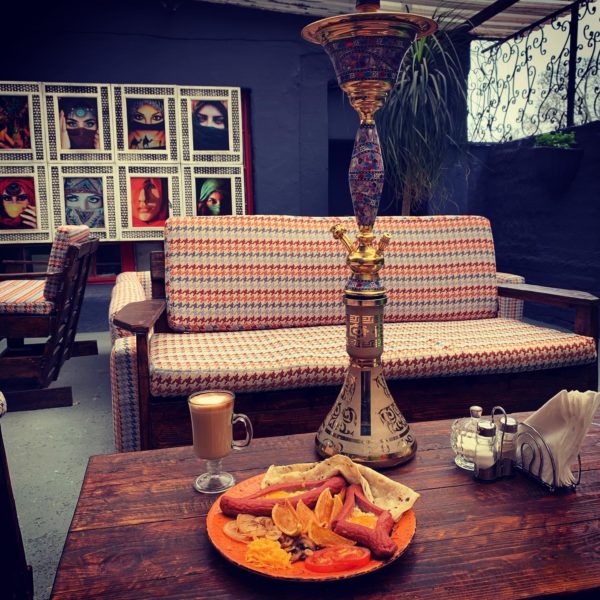 Michael Moyo (18), arrived from Zimbabwe in search of employment and was spotted by Abdel-Khaleq as a potential shisha chef. Moyo embraced the chance and strives to master the art, a Middle-Eastern specialty known as ‘‘hubbly bubbly’’, ‘‘hookah’’ or ‘‘pipe’’ in different parts of the world.  Moyo aims to perfect the traditional way of preparing one under Mohsin’s guidance.

Chefs Quasi Samman (21) and Ahmad Maher (23) arrived this year. They were spotted by Abdel-Khaleq in Syria, a country known for offering its native cuisine as well as Russian.

Maher said that despite studying veterinary science, cooking was always his passion. “I worked as a chef in Syria. I can cook various cuisines, from Russian salad and shawarmas to Arabic breakfast, but chicken liver is definitely my best dish,” he said.

“We hope to attract young consumers as well. We have the indoor area for more formal family nights out, while our outdoor section provides the ideal student environment. Shisha, coffee and food with a calm, inspiring setting creates a harmonic feeling of love and togetherness,” he added. 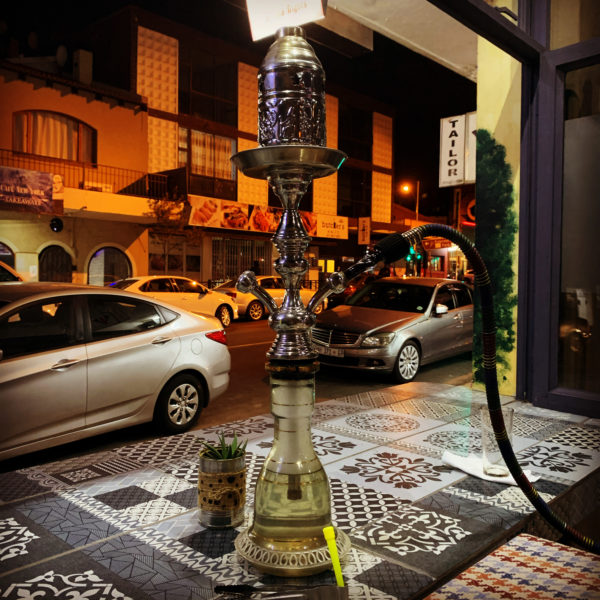 Ibn Arabi is open till late on weekends for those shisha sessions under the stars. Photo: Razeen Gutta

The restaurant features couches and high table seating for those who come in to get work done. BCom marketing student at Boston City Campus Tanveer Malek said the vibe is better than before. “It is amazing there. For those of us working online, this is the best place. It’s not noisy and the coffee is great,” Malek said.

The restaurant is open weekdays from 9am to 9pm, with extended curfew-dependant hours on Fridays and Saturdays. Students can keep an eye on the official Instagram page for details on the grand opening and opening specials.