Questions have been raised about the expensive resale industry within the growing sneaker culture of South Africa.

One day sneaker reseller Joe Hebert calls one of his friends, who happens to be a journalist, to catch up and brag about his sneaker business. The friend notices that the name ‘‘Ann Hebert’’ pops up on the caller ID. He Googles her. He sees she is the vice-president and general manager of Nike Inc. North America. She is also Joe’s mom.

In March 2021, Ann Hebert resigned as Nike vice-president after pressure from the sneaker community on social media platforms. At the same time, a 19-year-old was found abusing Nike’s benefits and discounts at retail stores for his sneaker reselling business, West Coast Streetwear. His name, Joe Hebert.

This is a common trend of scandals found in the sneaker industry in the United States, the birthplace and hub of sneaker culture. In South Africa, incidences of nepotism and the use of digital bots to win sneaker raffles have come up in recent years. This raises the question: Are resellers ruining sneaker culture in South Africa?

The footwear industry in South Africa has been on the rise and was valued at R54.9 billion in 2018, up from R45 billion in 2014. Stores such as Shelflife and Archive release global sneaker drops with high demand but limited supply.

There are also sites like Court Order, marketplaces where the public can buy and sell sneakers for a commission fee. While some consumers are just looking to add to their personal collections, there is a growing market dedicated to buying sneakers at retail price, keeping them boxed and then selling them later at a marked-up price. These people are known as sneaker resellers.

Sneaker resellers have come under heavy scrutiny in recent years for being “exploitative” and “ruining the sneaker community”. US-based investment firm Cowen estimated the global resale market to be worth about $6 billion in 2019 alone. It is no surprise, then, that the trend is finding its way into South Africa. Sneaker resellers take advantage of the limited stock released by retail outlets, something co-founder of the annual sneaker event, Sneaker Exchange, Tebogo Mogola, attributes to the desire of big brands to make a profit.

“Reselling exists because the brands are part and parcel of it,’’ said Mogola. ‘‘Brands own the factories and could make all the shoes, so that everyone can get [them]. There is no reason they are going to send 2000 to South Africa when they can make more, but it’s more about marketing and keeping the legacy alive, as we human beings have this obsession with exclusivity.”

The sneaker market has become the new Wall Street. Sneakers have become valuable commodities, with the belief that over time the value will rise and yield substantial profit once a shoe is out of stock. A prime example of this is the Nike Air Jordan 1 Chicago x Off-White collaboration. The sneaker was released in the US in 2018 at the retail price of $190 (R2 771), but it now sells for $5000 (R72 636). 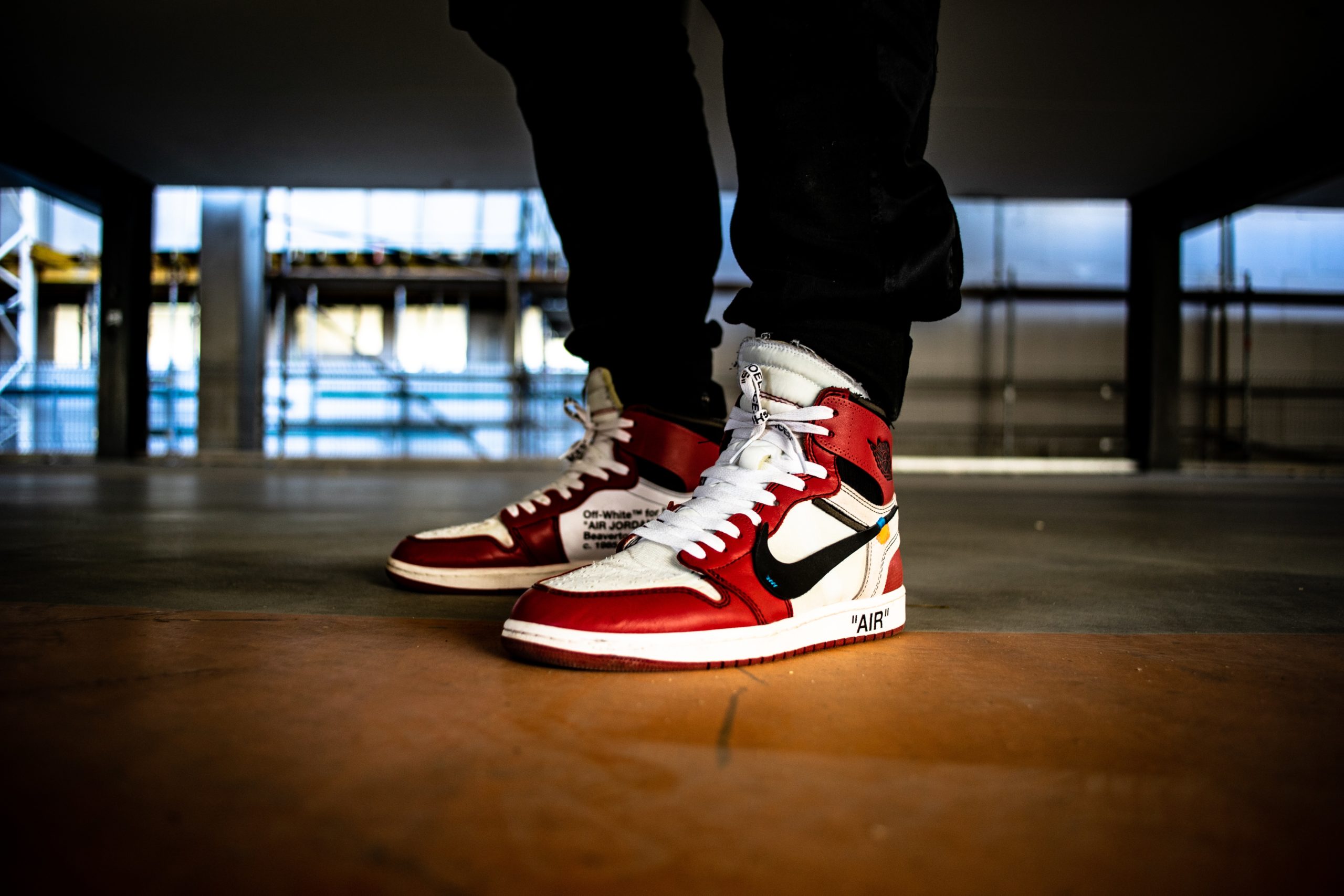 South Africa, a middle-income country, does not have as big a sneaker market like the US or other European countries. Consequently, its retailers are provided with a limited supply of new sneakers. This allows resellers to dictate the market price of sneakers once they are sold out.

Retailers use different strategies to give everyone a fair chance of buying a limited sneaker. This started as a first-come, first-served platform where buyers would camp outside at night to be one of the first in line. Now, most stores release the sneaker online, where the first people to successfully complete the purchase get the shoe.

Different people in the sneaker game credit Sneaker Exchange with the birth of sneaker and resale culture in South Africa. It is “a cultural hub of people who are like-minded who come together to buy, trade and sell sneakers”, said Mogola.

Sneaker Exchange was founded by Mogola and Zaid Osman. It started as a small event in a coffee shop in Woodstock, Cape Town, with just 80 people attending. It now draws more than 3000 sneaker enthusiasts buying and selling sneakers. At the time it was not called reselling, but rather ‘‘just flipping kicks’’ when sites such as Instagram were not as popular as they are now.

“We were one of the people locally at the forefront of that [reselling]. Because, if you come to attend the event and see the guy who bought all the Yeezy’s and all the Jordan’s, then you’re sitting there thinking, ‘I’ve got 10k in my pocket. Let me try and do that.’ So, a lot of people got their inspiration from how simple it looked,” said Mogola.

Youtuber Joshua Dunn, whose channel SneakerVault provides in-depth reviews on sneakers, credits the growth of the South African sneaker industry to the Sneaker Exchange event and the people working behind the scenes. “It’s the guys who started Sneaker Exchange and the guys who have always pushed a culture and allowed people to be part of that culture,” said Dunn. 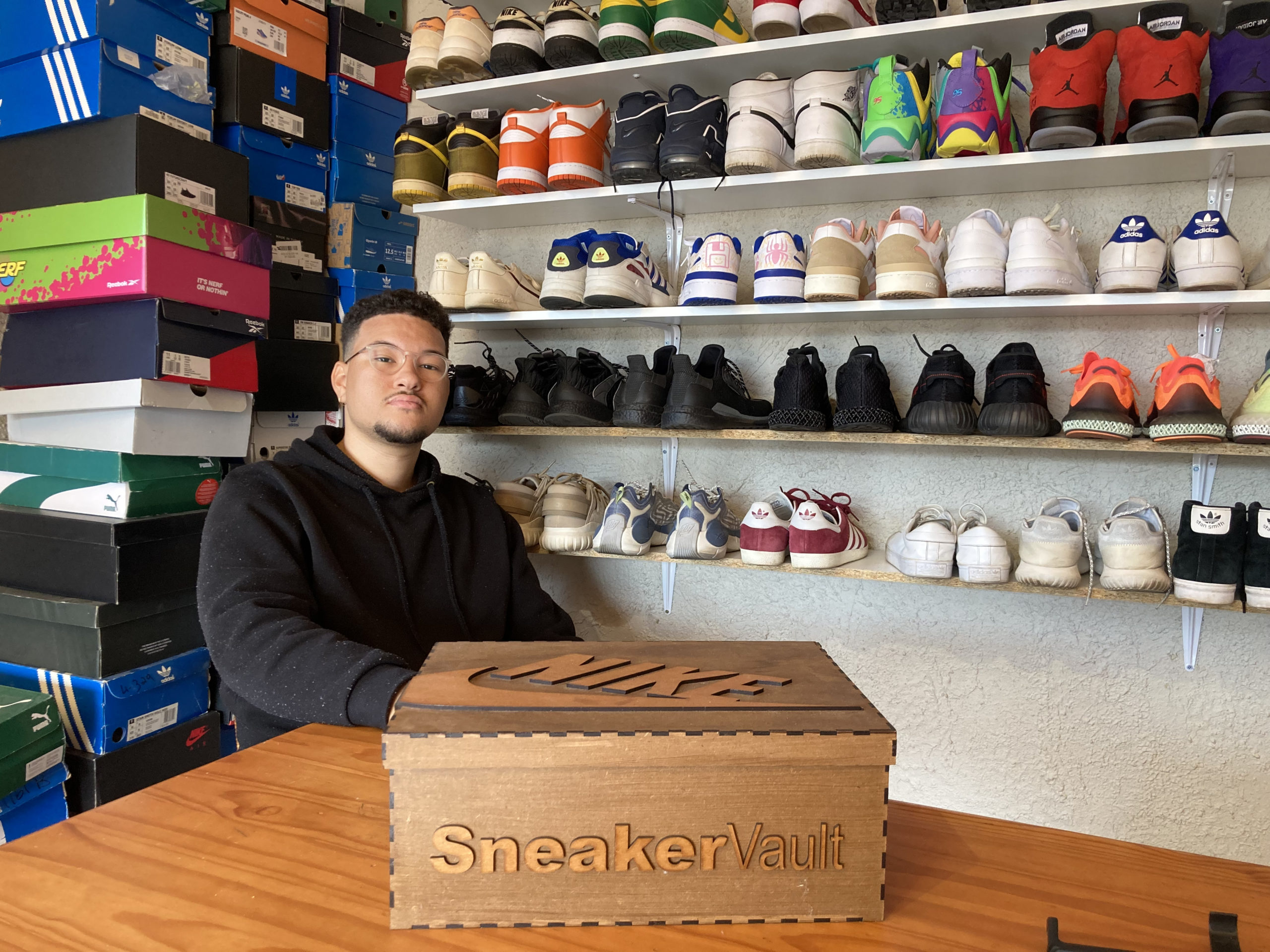 He agreed that, at the end of the day, resellers are entrepreneurs who play a vital role for big brands such as Nike and Adidas by selling them out. For the sneaker community, however, selling them out means sneaker collectors and regular customers cannot purchase the sneaker for a fair price. “If a shoe is 10k [is that] accessible? Instead of paying 3k for a Jordan I’m paying 10k: I’m losing at the end of the day. I don’t think they care what we think,” said Dunn.

One reseller, who preferred to remain anonymous and who has spent time overseas immersed in a country where sneaker culture is huge, offered his perspective: It is a combination of a passion for sneakers, he said, and the creation of a sense of exclusivity, that has made the sneaker industry more lucrative.

“You see the side where people say, ‘you make the stuff too expensive’; ‘you buy all the stock’. They are very valid, but on the other side, sneaker resellers add to the fun and adrenaline of sneaker culture and make it more exciting. It makes people want to be there and line up, creating this spectacle and fun element when it comes to streetwear. We can’t ignore that some of these people make a living off it.”

There is a deeper level of ‘‘corruption’’, as there will always be someone you know at the company that releases sneakers, as in the case of Ann Hebert, who resigned as Nike VP. Her son abused the relationship for his own gain, which detracted from the avenue reselling opened for young people and entrepreneurs, providing them with a way to make money and navigate the business world the way they know best.