In their shoes: #FunkItImWalking wants to decriminalise sex work

High-heeled supporters and sex workers joined the #FunkItImWalking march to draw attention to their cause.

About 100 supporters laced up and zipped up their high heels for a walk which began at Beyers Naude Square and ended at Constitution Hill on May 27, 2021. It was a collaboration between #FunkItImWalking, Sex Workers Education and Advocacy Taskforce (SWEAT), Sisonke Gender Justice and the Asijiki Coalition. 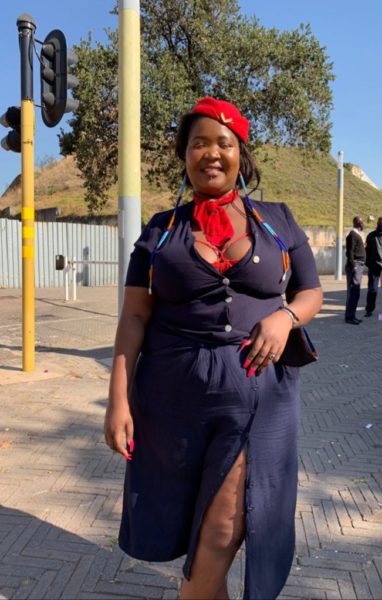 The purpose of the wearing of high heels was to personify the idiom ‘to walk a mile in their shoes’, #FunkItImWalking founder, Nomsa Mazwai, told Wits Vuvuzela. Most of the attendees wore all kinds of high heels from thigh-high boots to simple court heels. Those not wearing high heels, opted for colourful skirts, dresses, bras, masquerade masks and creative make-up to join in.

Zandile Mbabaza (40), an advocacy assistant at SWEAT, spoke to Wits Vuvuzela about the stigma and police harassment that sex workers face for just doing their jobs, “Sex workers are also human beings”. Mbaza added that despite it being 2021, sex work is still criminalised using policies put in place during apartheid.

Gwen Janky (29) spoke about her experiences as a trans sex worker, stating that while most sex workers face discrimination and abuse, trans sex workers are an even more marginalised group that experiences harm more frequently. She joined the walk not only for sex workers, but to “go on the frontline to fight a battle for my sisters,” she says.

Janky mentioned that many sex workers suffer traumatic instances of rape, physical violence, and other forms of abuse at the hands of pimps, clients and even police officers. Despite this, they cannot report it, nor do they have access to adequate help.

“Today was [about] coming forward [and] showing my face. [Asking] for my rights as a sex worker, as a transgender, [as a human].” 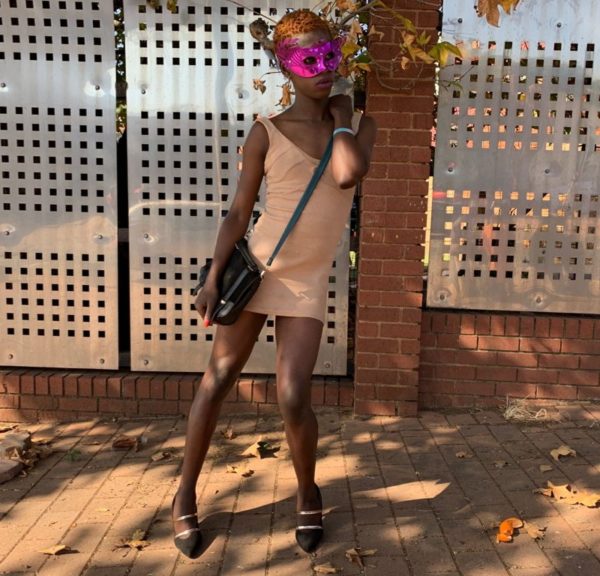 Decriminalisation will not only help sex workers but also those who are purchasing sex and are being abused or stigmatised, Janky added.

According to Mazwai, #FunkItImWalking aims to make [it safe to walk no matter the] time of day and in any condition.” Mazwai said safety in society is a commodity, “safety has a rand value, [you can purchase safety], when we are safe everyone has an opportunity to make and have money,” Mazwai said.

FEATURED IMAGE: A mile in their shoes. Photo: Kemiso Wessie