If it’s not data it’s network: the costs of being an online student

The cost of data in South Africa and the quality of network coverage in remote areas proves why online learning is not for all students.

Did you know that the size and shape of blood drops on a murder victim can tell what type of weapon caused the blood spatter? That forensic scientists can determine the gender of a victim just by looking at the skeleton? That the trauma a killer faced in his infancy can determine the style in which he kills his victims?

These are just a few of the things that students learn in criminology classes. That is what University of Pretoria student Busi Maphanga enjoyed about being a criminology student.

She anticipated the same excitement in her honours classes. She looked forward to face-to-face discussions with her psycho-criminology classmates about psychological disorders that lead people to commit crimes, or the practical experience of forensic criminalistics class, evaluating criminal actions and crime scenes.

Maphanga’s excitement proved to be short-lived, however, when South Africa entered lockdown on Thursday, March 26, 2020 due to covid-19. Although citizens were deluded that the lockdown would be temporary, universities moved to emergency remote learning to salvage the academic year.

Besides adapting to a new form of learning, one of the biggest challenges of online learning has been the cost of data and network connectivity, especially for students who migrated from townships and rural areas to attend university. The shift to online learning exposed a digital divide among students from different backgrounds, because access to Wi-Fi is still a luxury for many South African households.

For Maphanga, covid-19 and moving to online learning were not the worst events to occur that year. In March 2020 she received an e-mail from the university stating that all students in residence had to pack their belonging and evacuate the following week.

“I was so worried. Hey, I had so much luggage, including my laptop, and I did not have money for storage or even to go home,” she says. “And I couldn’t ask my parents because they are both unemployed.”

Maphanga comes from a township in KwaZulu-Natal called Mpophomeni. Situated 15km from Howick, it is geographically isolated from the city, with shaky network coverage that becomes non-existent during windy and rainy seasons, says Maphanga.  The standard of living in Mpophomeni was what motivated her, as the eldest daughter, to move to Pretoria to pursue her academic career.

Through good grades she received a National Research Foundation (NRF) bursary to continue her postgraduate studies, while becoming a tutor to third-year criminology students. The realisation she would have to tutor and complete her studies at home was daunting, considering the cost of data and the unpredictable network coverage in Mpophomeni.

The little Maphanga made from tutoring was going to buy her a new laptop, so that study and teaching would become easier. In the same month as her move, however, she received a heart-breaking call from her father: Her three-year-old son was in hospital. “They couldn’t tell us what caused them, but he was having seizures,” she says. “The mood changed immediately. I couldn’t even think of school.”

With help from friends, she packed her life into a travel bag and moved back home. As happy as she is to be surrounded by her family, Mpophomeni is not the best environment to complete her degree. She was raised by her Catholic parents, who turned their home into a prayer sanctuary for members of the church. From a young age, her home has been constantly bustling with people seeking advice or prayer, or even catching up on news.

A survey conducted by the department of science and innovation, with responses from more than 13 000 students, indicated that 40% of them moved back home during lockdown and only half had a suitable place to study.  A suitable place means a quiet space that allows a student to focus on work, with few distractions. University libraries are usually the ideal places because they also offer Wi-Fi and computer services to students who do not have private access to such amenities.

The cost of data in South Africa is another pandemic

One of Maphanga’s biggest fears is how she can afford to attend online classes, considering the price of data.

South Africa has one of the highest data costs in Africa, according to a report by cable.co.uk. The average price of 1GB – despite service providers lowering their prices by an average of 33% – is R100. Somalia, ranked the lowest in data prices in Africa, charges R9,26 per gig.

Wits Vuvuzela spoke to Dumisani Moyo, associate professor in the department of journalism, film and television at Northwest University and co-author of ‘‘Data must fall’’: Mobile data pricing, regulatory paralysis and citizen action in South Africa, to find out what causes price hikes despite the competitive market.

Moyo stresses that because the South African telecommunications industry is not so strictly regulated, it allows service providers to charge as they please. In his paper, he says the challenge of South Africa’s telecommunications is traceable to the flawed transition from Apartheid to democracy, which tended to prioritise privatisation over other vital issues such as affordability for citizens. Thus there have been legal battles between the state, Independent Communications Authority of SA (Icasa) and powerful mobile network operators (MNOs), with South Africans being the hardest hit.

In an attempt to curb data costs, providers have introduced promotions allowing citizens to get data at lower cost, depending on the day or time they purchase the data. Vodacom has also zero-rated sites on Vodacom e-school. Telkom’s promotion, Mo’nice, offers free minutes and data at affordable prices, while Vodacom has offers based on the city you live in, which allow purchase of a gig at a cheaper rate. The time limits on the promotions still make the data expensive, however, because they expire every three to seven days.

Moyo says the principle of service providers is to punish South Africans who buy pre-paid instead of post-paid data. Post-paid data is more affordable than pre-paid. “You find that the people being punished for the pre-paid are the poor,” he says.

Post-paid data usually comes in the form of a contract, which requires a pay slip, proof of residence and a healthy bank statement; things many South Africans do not have, due to the high unemployment rate. “This is one of the ways they [MNOs] make money out of people in a way that disadvantages the poor.”

In an attempt to close the digital divide among students, universities introduced data packages with multiple service providers. Most universities offered a maximum of 10GB of daytime data and 20GB of night-time data. They also ensured that university library sites and portals were accessible without data. 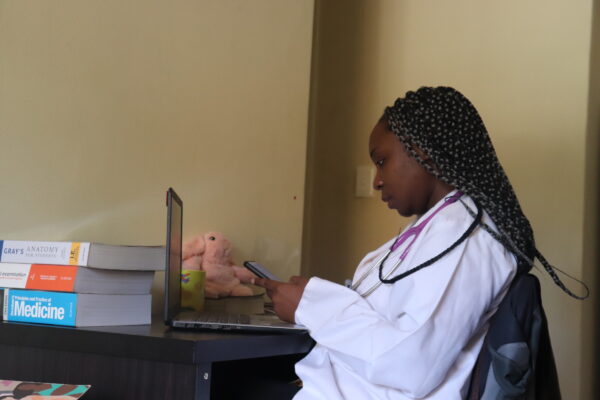 “Universities should be commended for how they handled the data issue, because they had to fight with service providers to ensure some sites are free,” says Sioux McKenna, director of the Centre of Postgraduate Studies at Rhodes University and author of Understanding Higher education: Alternative perspectives. McKenna points out that South African universities worked collectively to negotiate with service providers so students could have data.

The University of Pretoria arranged for its sites to be zero-rated through a single URL, and any content related to the university or library services can be accessed through UP connect without any data costs.

Maphanga acknowledges that the university data was helpful to a certain degree. Library websites and university portals were accessible, she says. Much of her reading material in criminology was, however, available only in hard copy, which deeply compromised the quality of her work. She also found it challenging to use the night-time data, because it worked only after midnight.

Hope Baloyi, bachelor of education student at the University of Limpopo, says despite the data provided by the school there are still challenges with accessing the internet. He says his data gets disconnected mid-class, or sometimes does not work at all.

Another challenge students have with the university data is restrictions regarding which sites the data can be used on.

Wits University data requires students to install the data bundle VPN, which allows students to visit links approved by Wits. According to Wits ICT, the VPN was introduced so that the data is used solely for learning purposes.

Students continue to complain, however, that other modes of communication such as Zoom, Google Meets and WhatsApp, to name a few, have been used by lecturers to teach and the VPN restricts these sites.

Thato Lehutso, senior manager at Wits ICT, told Wits Vuvuzela the decision to exclude those sites was not an ICT decision. “The restrictions were implemented directly by the senior executive team.’’

Indra de Lanerolle, director of Network Society internet research programme and Jamlab, says it would be difficult for MNOs to make tools such as Zoom or YouTube free for students, because they are commercial sites which generate a lot of money.

In an article in The Conversation, McKenna says epistemic access is harder online and it becomes difficult to ensure that students do more than get through the content. “The role of higher education is to bring students into a transformative relationship with knowledge, and thus entails far more than transmission of facts,” she says. 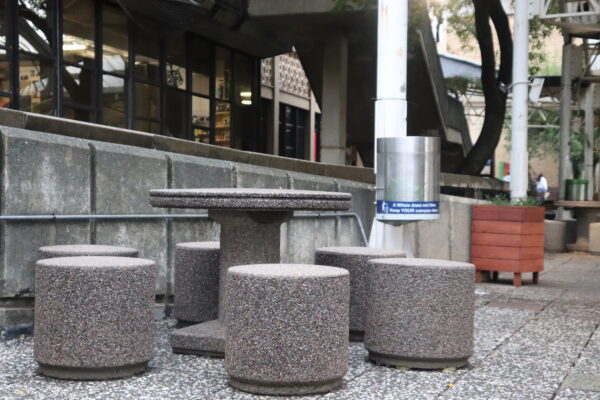 Campuses have become ghost towns as many students are now working from home. Photo: Dumisani Mnisi

Baloyi feels that his degree has boiled down to memorising information and making sure he meets assignment deadlines. “It has been the worst, because as a student teacher I feel the need to learn from my lectures at first hand,” he says. “Having to attend classes online doesn’t bring the maximum learning experience as I don’t see the lecturers in practise. Things like body language and character are not displayed in this type of setting.”

For Maphanga, learning online has robbed her of the face-to-face practical experience her degree thrives on. “One of our year-end assignments was to go on a real-life stakeout with the police, where we would get to participate in cases and be around real crime scenes,” she says. “I never got to do that.”