If it’s not data it’s network: the costs of being an online student

The cost of data in South Africa and the quality of network coverage in remote areas proves why online learning is not for all students.  END_OF_DOCUMENT_TOKEN_TO_BE_REPLACED

Covid-19 has made it difficult for students to remain consistent in school.  END_OF_DOCUMENT_TOKEN_TO_BE_REPLACED

INFOGRAPHIC: Myths and truths about the covid-19 vaccine

Myths around the covid vaccine contribute to vaccine hesitation.

END_OF_DOCUMENT_TOKEN_TO_BE_REPLACED

Why the vaccine hesitation?

Misinformation is one of the leading causes of vaccine hesitation among South Africans.

END_OF_DOCUMENT_TOKEN_TO_BE_REPLACED

A book on the evolution of money and currencies is now available in isiZulu.

END_OF_DOCUMENT_TOKEN_TO_BE_REPLACED

Dumisani Mnisi is a student journalist for Wits Vuvuzela. She captured the Africa Day celebrations and market at Constitution Hill, in Braamfontein, Johannesburg.  END_OF_DOCUMENT_TOKEN_TO_BE_REPLACED

New manifesto aims to save museums

A newly launched manifesto hopes to save and preserve museums, galleries, and cultural sites in Johannesburg.

Curators at several museums and galleries in Gauteng’s cultural hub used international museum day, to highlight the precarious situation they face as a result of the ongoing covid-19 pandemic.

The manifesto is a collective effort, drafted and supported by institutions like the Apartheid Museum, Friends of Johannesburg Art gallery, the Johannesburg heritage foundation, Wit’s Origin Centre and the Constitution Hill, to name a few.

The two-page document calls for a social compact between political parties, the business community, civil society organisations and the public at large, to make a commitment to recover, protect, and manage public art institutions.

The manifesto points out that museums which house South Africa’s treasures and history faced extreme challenges prior to covid-19, but the pandemic has only hastened their decline. Several important art and historical institutions are on the brink of permanent closure if they don’t get help soon.

International museum day, hosted annually on May 18, is an initiative by the international council of museums (ICOM) to raise awareness about the importance of museums as institutions for cultural exchange and enrichment.

This year’s theme was ‘recover and reimagine’ which encouraged museums and communities to create, imagine and share new practices of co-creation for social, economic, and environmental challenges.

Wits Vuvuzela spoke to Steven Sack, an independent artist and one of the curators that assisted in drafting the manifesto. Sack says the catalyst for drafting a manifesto, was the flooding at Museum Africa in November 2020. During a burglary, a thief stole a sink and broke a tap, causing the whole west wing of the museum to flood, and causing water damage to more than 100 photographs.

Coverage by the media on the closure of museums and sites like Liliesleaf farm and Mandela House further highlighted the need for action. “It struck me that we needed to lobby – [before the local government election]- political parties and get them to make a commitment to museums and it seems the best way to do that was to write a manifesto”, says Sack.

The aim is to get parties to respond and endorse the manifesto to secure better deals for museums in the future. “We are asking political parties to make it a priority, that these are important institutions that need support”, Sack adds.

All museums built post-1994, which document the liberation struggle and stories of the marginalised communities in South Africa, like the Apartheid Museum and Mandela House, haven’t been able to re-open, because they’ve been set up as private and semi-private museums. Their well-being is dependent on feet through the doors, says Sack. The manifesto addresses these issues and wishes to prevent museums from having to be in this vulnerable position in the first place.

Dr Tammy Reynard from the Wits Origins Centre and Janine Muthusamy, marketing and communication manager at Constitution Hill share Sack’s sentiments. “We have done huge revamps and maintenance work in the museum and updated the narratives and displays – histories are constantly changing and museums need to be at the forefront of those changes”, say Reynard. The origins centre has also created an augmented reality experience and offers online seminars and museum tours,  to pivot during the pandemic.

According to Muthusamy, Constitution Hill has reimagined itself by repurposing museum spaces to support local NGO’s, education and creative sectors

The social compact and programme of action will be made public on September 24, 2021, on Heritage Day, which will request a report on the state of the City of Johannesburg’s museums and galleries.

With each page you turn, challenges and complexities of everyday life for African women and female artists are laid bare in poet’s new offering.  END_OF_DOCUMENT_TOKEN_TO_BE_REPLACED 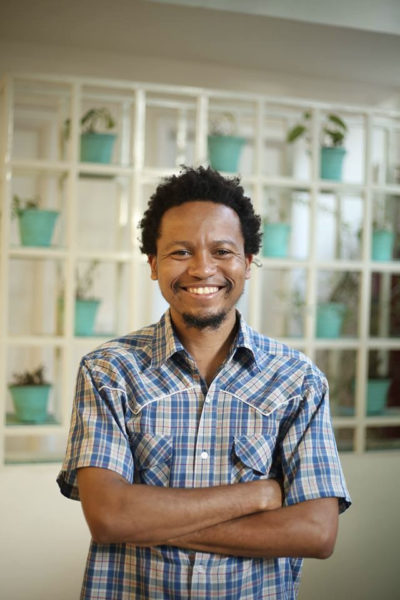