Some Wits University students want De Beer street to be renamed after the innocent man who was shot and killed during a protest.

In remembrance of Mthokozisi Ntumba (35), students, workers and residents of Braamfontein came together to commemorate the one year anniversary of his tragic death on March 10, 2021.

After performances by different artists to kick off the event and the arrival of South Point workers – who came bearing flowers – the crowd took off their hats, as a candle lighting ceremony took place and a moment of silence was observed.

Kamogelo Chauke, the Wits SRC’s bursary and fundraising officer said the the commemoration was an opportunity to regroup and look at what has changed since last year. Chauke said the renaming of De Beer street would be a step closer towards justice.

“We sent a formal application to the City of Johannesburg and submitted a memorandum to have the street renamed, but we have still not received a response since last year,” said Chauke. 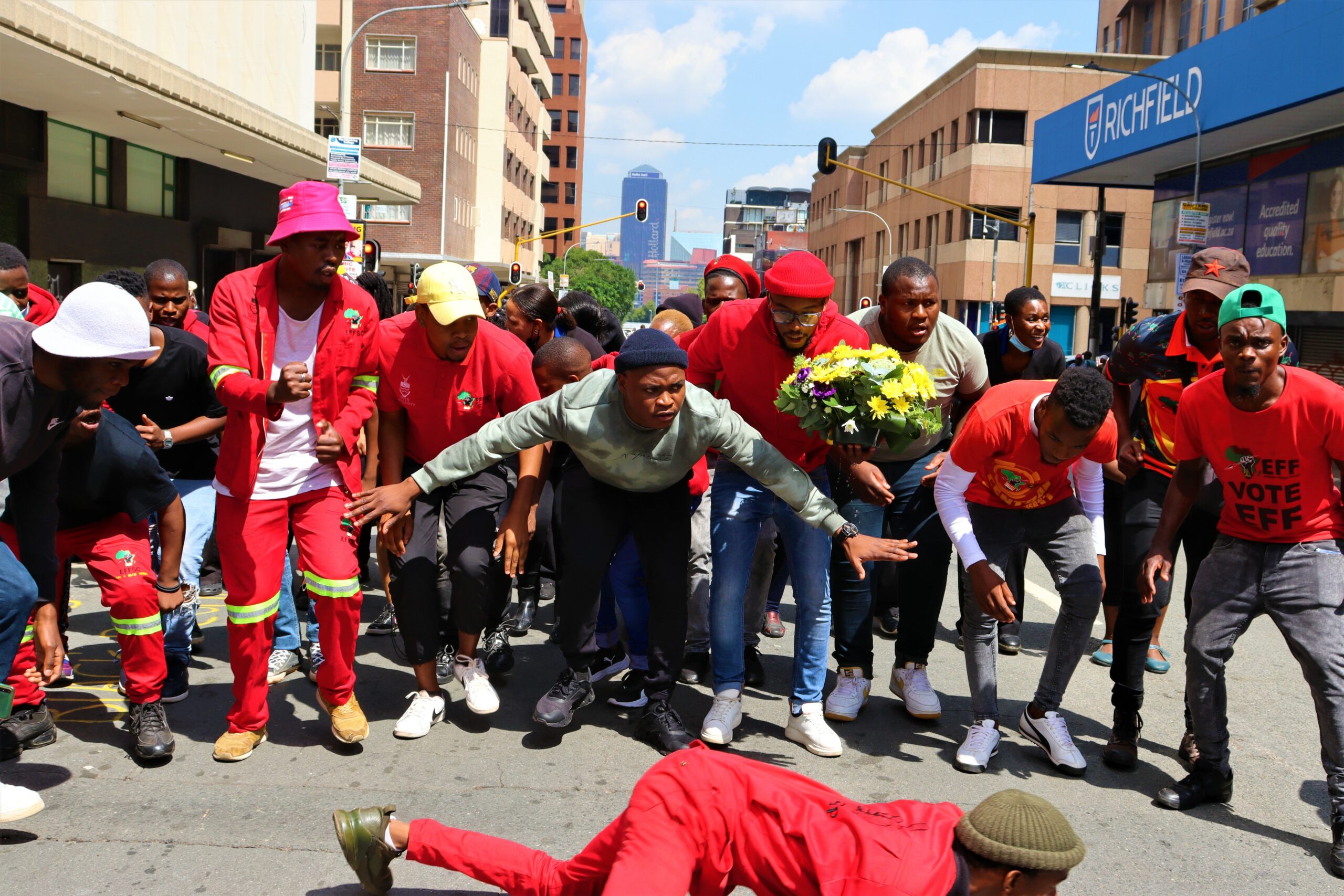 Ntumba was killed during a Wits University fees protest when police officers used rubber bullets at close range to disperse protesting students. The four accused charged with his murder are still on trial, and they have all pleaded not guilty as reported by News24.

Blessing Olu, a third-year student in politics and international relations told Wits Vuvuzela says little has changed to address the issues raised by students at the time.

“The same issues that had students on the streets are still ongoing. Students are sleeping in bathrooms and labs because they are struggling to register. We are here as a reminder that we lost a life because of Wits and the police,” she said.