A team of game developers made up of Wits graduates, 4th Wall Break, won the first prize of $300 (about R4344) at Game Jam+, which ran from Friday, April 8 to Sunday, April 10 at Constitutional Hill precinct, Johannesburg.

The winning game was a 3D virtual reality museum for learners to experience and learn about African history while testing their knowledge of history. It included virtual art collections, history knowledge quizzes, 3D printing, and an interactive skull display.

The winning team will intern at the Animation SA (ASA) Digital Pad incubator in Braamfontein. ASA is a collective of animation industry professionals. Head of Gaming at ASA and event organiser, Xolile Vundla, explained that the Game Jam+ event cultivates graduate talent and inspires young people to consider the gaming industry as a career.  “[Game Jam+ is] a community outreach programme that will start to show people the opportunities they have or that are available in this industry. 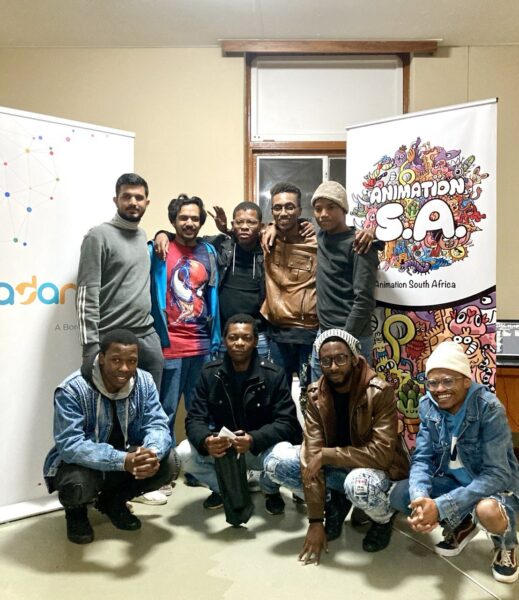 “Most members are Wits University graduates because the university has well-established game design and digital arts programmes compared to other institutions,” Vundla added.

The event was co-hosted by Adanian Labs Africa, a Tanzanian initiative that supports African technology start-ups. Irene Kiwia, co-founder of Adanian Labs, said the co-hosts provide young people with the resources, platform and market access to showcase their potential.

The four game developer teams were unaware that they would be financially rewarded because they had been competing for the internship but to their surprise they were awarded cash prizes for their efforts, totaling $600.

Proto Team created a game about history for learners in grades 10-12 to make education a fun experience. It is a multiplayer game with a leader board, so learners from different high schools can compete.

After School created a time-attack game called After School, where learners use fruits to solve mathematical equations.