The eight-day long Ashies Tournament ended with two Johannesburg clubs winning after two years of no play due to the covid-19 pandemic.

The 16th edition of Ashies Tournament ran from April 25 to May 2, 2022, at Wits University’s Hall 29 on West Campus. First-time winners V&J Women’s Basketball won the women’s league and Phenomenal Phenoms defended their title in the men’s league.

The defending champions, Vaal University of Technology (VUT), were favourites to win again this year but got knocked out of the tournament by V&J Women’s Basketball in the game before the finals.

V&J Women’s Basketball played Wits Alumnae in the women’s final which took place on Monday, May 2. Wits Alumnae trailed V&J at the end of each quarter and by halftime V&J had doubled their lead. The game ended with V&J taking a 57-40 win over Wits Alumnae.

Stand-in captain for V&J, Suzan Maleho said, “We knew it was going to be a tough one from the semi-finals meeting VUT, you know VUT is a very good team…but we came with the mentality that we [are] going to win the whole tournament.”

In the men’s final, Phenomenal Phenoms beat VUT. Their defence prevented VUT from scoring many points and their team performance in scoring points lead to their title defending win.

Although the first quarter ended in a draw of 21 points, Phenoms had a solid 52-38 lead by halftime. They extended their lead over VUT by the end of the game, with 101 points to VUT’s 76, one of the highest scoring games of the event.

Phenoms captain Didier Tshimanga said, “We didn’t lose any games, we [were] focused, we knew it was not going to be easy but we [had good defence].” 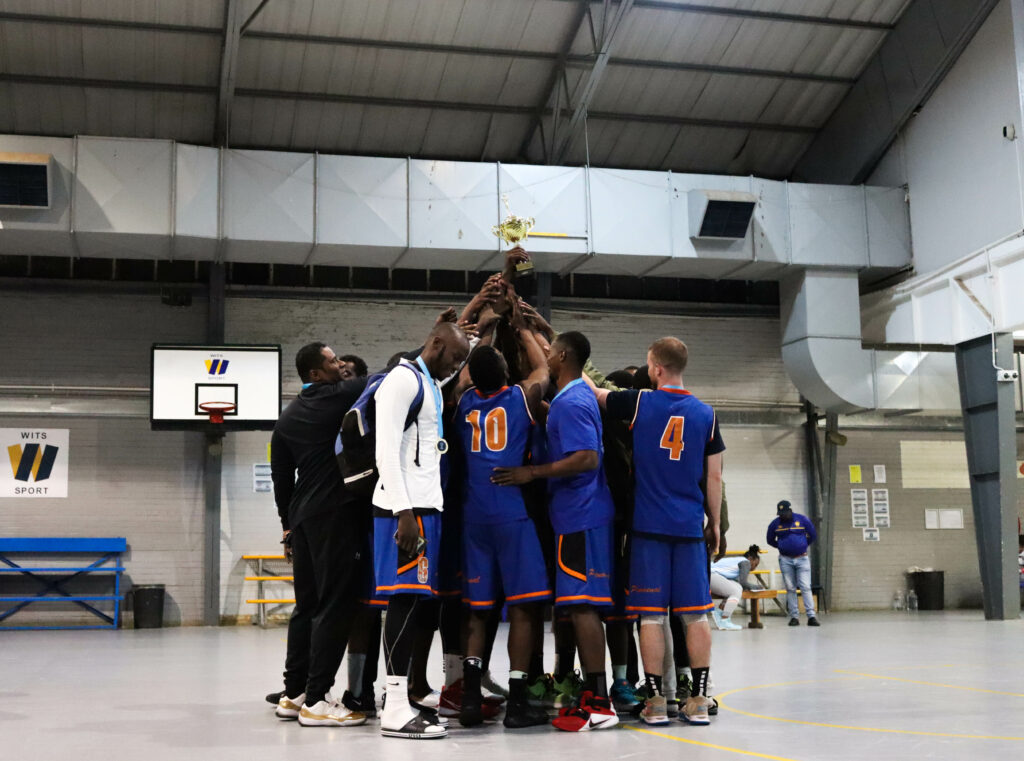 Trophies and medals were awarded to the wining sides, Phenom’s lifted a gold trophy with a basketball figurine whilst V&J had a silver one with ribbons. After both teams got their trophies, the crowd eagerly awaited the announcement each team’s Most Valuable Player (MVP).

Lauren Fredericks, the V&J MVP said: “I just enjoyed the experience…The last five years I’ve been trying to be here… to get MVP is a massive achievement.”

When Phenoms player Will Perry won MVP, the crowd started chanting “MVP, MVP, MVP!”. “It’s nice to win MVP but the better part was just winning, and being with my teammates,” Perry said.

Watching on, Wanga Fosiko, a spectator from the University of Johannesburg said it was “amazing” watch the games in-person.

The tournament had over 30 teams participating including universities, clubs, and high school teams. Wits basketball entered six teams into the tournament, but failed to secure a win in either division.