The Wits LGBTQIA+ community organised a pride parade to celebrate gains in tolerance, and to call for an end to crimes against queers.


The queer community and its allies that marched to Constitutional Hill on May 28, 2022, said that they were happy to receive a platform that enabled them to connect and engage with people with a common sexual orientation.

Before the march, organised to herald Pride Month in June, the group of about 100 gathered at the Wits Library Lawns to celebrate the existence of the queer community, encourage people to embrace their sexuality and to discuss challenges faced by the community such as discrimination.

They sang and danced to struggle songs, throwing coloured powder into the air and waving the LGBTQIA+’s rainbow flag. 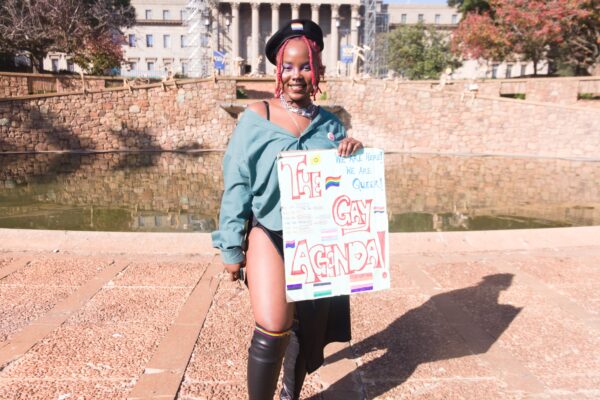 A participant in the pride march holds up a queer placard. Photo: Busisiwe Mdluli

The head of events for Wits Activate, Bronwyn Davis (21), said that Constitutional Hill was “a place people go to be heard, to remind the country that we (Wits Activate) still have to fight to protect the rights of those who have been marginalised, attacked or oppressed.”

Davis said that hate crimes against queers continue and that protection from police is lacking. She added that people are still ignorant about the queer community.

Among the speakers was “proud intersex person” Dimakatso Sebidi (38), who talked about being intersex (born with a combination of male and female biological traits), saying she had experienced bullying all her life.

She said she underwent surgeries to remove her male genitals, adding that the surgeries were a way for doctors to “fix” her. “I didn’t need a fix. I am an intersex, that is my normality.”

A participant in the march, Natalia Roach (21), who identifies as a pansexual, said that she was surprised at the number of people who are a part of the queer community and that she was grateful to be able to connect with them. 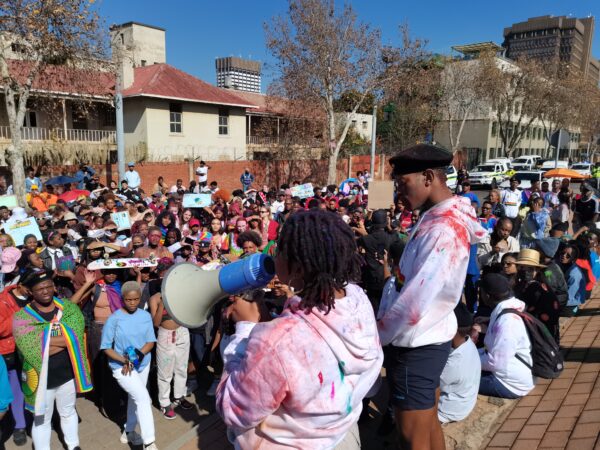 SRC projects and campaign officer Mongezi Maluleka (22), said that the rights of the LGBTQIA+ community need to be voiced and that an informative approach is taken by the SRC to encourage people to receive sensitivity training towards queer people, through the Gender Equity Office.