This collection of music reveals the artist’s vast creativity and his diverse use of traditional African music, making it a must have for ‘Jazzheads’.

Nduduzo Makhathini’s tenth album, In The Spirit of Ntu bears witness to South Africa’s socio-economic issues, evoking emotions of angst and sadness. The former Wits University lecturer, healer and jazz musician released the project on May 27, 2022 under the Blue Note Africa record company.

Sonically, the ten-song record is a melodic chant, which shows Mkhatini’s prowess with the piano, while incorporating styles from renowned jazz musicians such Abdullah Ibrahim and Moses Molelekwa. Despite the heavy topics he covers, the music will submerge the listener into divinity. 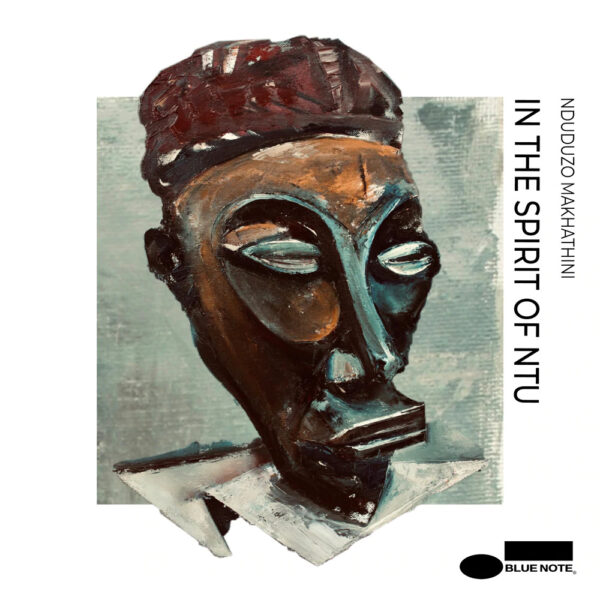 IN THE SPIRIT OF NTU Album Art from Bluenote.com

On the Blue Notes Website, Makhatini explained that In the Spirit of Ntu is living in that paradigm of listening to the things that emerge from the ground. Ntu is an ancient African philosophy from which the idea of Ubuntu stems out. Ubuntu says: ‘I am because you are.’ It is a deep invocation of collectiveness.

The album’s second track, Mama is a tear-jerking masterpiece that induces memories of home. It starts slowly while the soft mesmerising vocals of Makhathini’s wife, Omagugu Makhathini serenates the listener, backed by enchanting chorus and the trumpet.

Speaking to Apple Music, Makhathini said: “Omagugu, composed [this song] for my mother-in-law, who got sick and passed away.” Mama here not only represents the maternal parent but the origins of existence.

Track three, titled Amathongo  is reminiscent of Zulu ritual music (Amahubo) as popularised by Princess Magogo KaDinuzulu through the ugubhu in the early 1960s. Ugubhu is a Zulu traditional gourd-bow musical instrument. Makhathini explained to Apple Music that:  “In isiZulu, we say ‘usebuthongweni’, which means he or she is one with the ‘star gods’ or amathongo. Meaning that when we are asleep, we are actually alive in another world or reality.

The album is a jazz standard that meticulously reflects Makhathini’s growth as a virtuoso,  reflecting the rich South African cultural diversity. Compared to his previous albums, specifically his style on his 2020 album Modes Of Communication: Letters From The Underworlds that brought American jazz influences — the latest album celebrates African creativity and diversity of young African Jazz musicians. While the listener will experience an array of emotions, nonetheless, the music in this record gives solace and it is easy to connect with.

Fans of Makhathini can catch the album launch at the annual youth commemoration concert on June 16, 2022 at Constitutional Hill in Braamfontein.